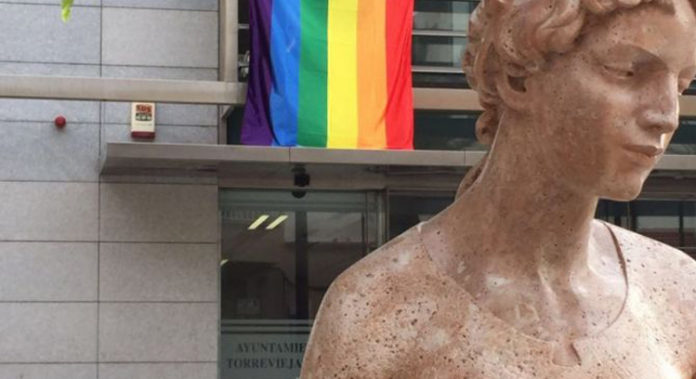 TORREVIEJA’S  Councillor for Tourism, Fanny Serrano (PSOE), has announced at a press conference that Torrevieja will be part of, for the first time, the Valencian Gay Friendly Guide, seen as an initiative to make the city a welcoming destination for the Lesbian, Gay, Bisexual and Transgender (LGBT) community.

At the gathering, Serrano said she was very “happy” with the possibility of being able to develop “a new tourist product for the city” and “we are interested in participating and promoting this type of tourism.”

Three establishments in the area were approached in person by Fanny Serrano to ask if they wanted to be part of the guide and all were more than delighted to do so.

As things currently stand in the Alicante province, Benidorm is the most well known and very popular area full of gay and gay friendly establishments and the plan is to increase the visibility of those in Torrevieja that also cater for the LGBT group. Two of the pubs that will be included in the guide are in La Mata.

Torrevieja Pride will be held on 22nd June for the first time in the city and later on in the year, Torrevieja will take part in the LGBT Fair to be held in November at the IFA at a dedicated stand.