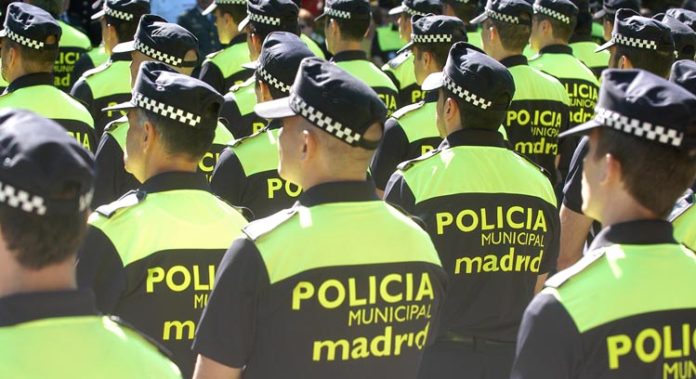 IN THE final part of this look at the organisations and people that keep Spain safe and sound, we look at the local police in general, and in detail the original force that was founded in the Spanish capital, Madrid.

Sometimes known as the Policia Municipal, this is the force that is recruited, funded and controlled by the town halls or town council and is responsible to the elected mayor (Alcalde). They wear blue and white uniforms and really deal with only minor matters such as parking, local traffic control and bylaw issues. Spain has no real equivalent to the bobby on the beat. Some tourist cities/towns have a city/town funded subordinate force of uniformed security patrolmen sometimes known as Seguridad Ciudano.

They have no police powers but can support higher level police officers. Crimes are not investigated by the Policia Local and any serious matter is immediately handed over to either the Guardia Civil or Policia Nacional, as it is not their place to deal with a lot of criminal activities, basically as they do not have the resources, nor the time. They really act as a first response.

The Municipal Police are no different from any other force in the country as they are an armed force with all officers carrying hand guns, which they are prepared to use to defend themselves or the public if needed.

Spain also has a number of local ‘private’ security companies, all regulated, who carry night sticks, handcuffs etc, and have the power of arrest. They provide security for shops, buildings, building sites etc and are generally not armed with guns.

Finally, there is also the Protecion Civil, which in comparison terms are a little like a cross between the Special Constabulary and the Police Community Support Officers in the UK. They are volunteers who assist in events like road closures, demonstrations, large local gatherings etc. They have no power of arrest and are not armed with anything.

It was back in the year 1202 when the first written reference to an armed force under the control of a local council, known as the Alguacil, can be traced. Over 350 years later, in 1561, the first team of police in the city of Madrid was established by the mayor.

In those early days, members of the local police forces comprised of people that were wounded in war and in 1759, under the control of King Carlos III, this formed the basis of the body known as the “Milicia Urbana” (Urban Militia) formed from personnel that were unable to fight and couldn’t serve in a military regiment.

The new body evolved over the years and in 1893, the unit expanded to include a mounted section and, in 1914 a service specially created to regulate cab drivers and the first cars driven around the municipality.

A year after the end of the Spanish Civil War in 1940, the force continued to grow and expand and the Brigade Movement was created. It was a further eight years until the organisation underwent a further reorganisation of staff and operations.

In 1952 the Escuadrón de caballería (Cavalry Squadron) was launched with the mission of monitoring parks and gardens. They can still be seen patrolling parks like the Retiro and the Centro de Madrid. In 1961 the Municipal Police Academy in Madrid opened where future police officers were trained in law and prepared to be an active part of the body.

Times were beginning to change within the local police service, and in 1972 the first woman joined the force although subjected to a different selection process from that of their male counterparts. The formation of the Quinta Agrupación Mixta de Circulación, which was also commanded by female officers, were used in traffic control in places such as in the Plaza de Cibeles.

Following the death of General Franco in 1975, democracy came to Spain in 1978 and with it an approval of a functioning official constitution. The police became regulated in Article 104 attributing the protection of free exercise of the rights and freedoms of citizens, and ensuring public safety. It is also called on the regularisation of the security forces in a future act, which would come into force in 1986 with the Law of Security Forces.

BESCAM (Special Brigades of Security) is the name given to a security project of the regional government of the Autonomous Community of Madrid which aims to fund 2,500 local police divided between the various municipalities of the community that have less than 25,000 inhabitants. In early 2008, these agents were spread over 102 towns in Madrid.

BESCAM were created in 2004 by an initiative of the regional government, led by Esperanza Aguirre, and the president of the Federation of Municipalities of Madrid (FMM), Luis Partida. They signed a framework agreement between the Community and the various municipalities where those brigades under their respective mayors are deployed.

The local policemen who are part of BESCAM are trained in the Police Academy in Madrid and is identical to that received by local police who are not part of this project. The implementation of the BESCAM service raised some controversy over whether it was an independent police or framed within the existing local police in each municipality.

In order to dispel doubts D. Alfredo Prada, 2nd Vice President of the Community of Madrid and Director of Justice and Home Affairs explained that, “BESCAM are a security project, without assuming more powers, in order for the city and its surrounding municipalities to have and extra 5,500 more police on the street. We have signed agreements with the Ministry of Interior for 3,000 new national police, and have agreed with local mayors some 2,500 new local police. BESCAM is a project that Madrid wants involved in public safety, but it does not mean a new police or a new police model.”

The agreement with BESCAM was for a period of 15 years, until 2018, and will be extended automatically for the same period after that date.