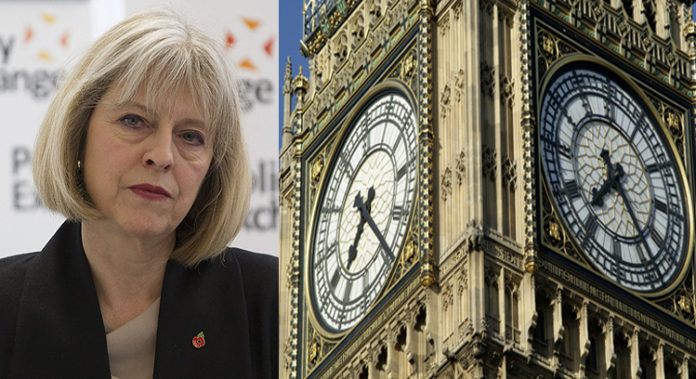 IN OCTOBER of 1974, Harold Wilson called a general election and wildly hedged his bets.

Wilson, who had a minority government after a hung result that same year, came to regret it: the exit poll prediction of a 132 seat majority turned out to be worth only three for the Labour prime minister. He resigned in 1976.

In 2007, Gordon Brown committed the opposite sin – he didn’t hold a snap general election, lacked a mandate and was dogged by media fatigue with his oscillating.

Flash forward to 2017 and Theresa May has committed electoral Hari Kari. The Prime Minister needlessly gambled the majority of David Cameron and egregiously mistook support for Brexit as support for her.

The SNP committed the inverse error in 2012: they convinced themselves that their repeated political victories since 2007 meant winning the independence referendum was a shoe in.

If there’s a key factor at the heart of this, it’s bad instincts. Mrs May was elected in disaster and has governed as such.

She is a premier who exists as a parody of herself – a flustered grandmother at a bake sale who forgot something.

She, even more so than Boris Johnson, is the bumbling wreck that has consecutively failed to think on her feet and present a manifesto or Brexit strategy beyond ‘strong and stable’.

Had there been a candidate less contentious than Jeremy Corbyn, or had Labour’s majority been even greater with lesser Tory numbers, then en masse revolution would have occurred against May’s play to stay.

Indeed, imagine Article 50 wasn’t yet triggered: May would have been denounced after a year in office as possessing none of the Churchillian boorishness required to tackle a continental bloc of 27 powers who all want to limit the UK making a success of its grand exit.

If there is evidence to be found at how pathetically small May and her decidedly un-conservative Conservatives are, then consider the band she’s now in the pocket of. The Democratic Unionist Party are climate change denying, anti-gay, anti-abortion incorrigibles. They offer nothing savoury beyond numbers to prop up a weak leader.

If a change is to be made, it must be done so by looking hard facts in the eye with none of the rhetoric embellishments entwined with elections and seeing things as they really are.