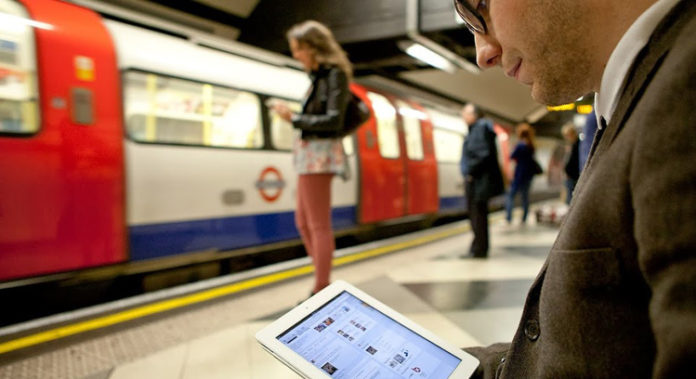 TRANSPORT FOR London (TfL) plans to finally offer passengers the ability to use their smartphones in tunnels on the London Underground according to a report.

The absence of mobile coverage on the subterranean railway network has long been bemoaned by commuters, despite the arrival of Wi-Fi on station platforms in 2012, given that other subways and metros around the world have connectivity.

Former Mayor of London Boris Johnson had declared that mobile coverage would arrive on the tube by 2012 – a deadline which was obviously missed – and his predecessor Ken Livingstone asked the industry for pitches back in 2005.

However according to a report in the Financial Times, current mayor Sadiq Khan and TfL are going to invite bids from telecom operators now the General Election is over.

When asked for a comment TfL was not available, but has in the past said it supports the idea of a mobile rollout “in principle” but that a funding model had never been agreed.

According to Greater London Authority (GLA) documents, a “number of technologies are being investigated” for tunnel connectivity and above-ground coverage.

It has also confirmed that both Wi-Fi and 4G will be offered on the underground sections of Crossrail, which will operate as the Elizabeth Line, from 2018.