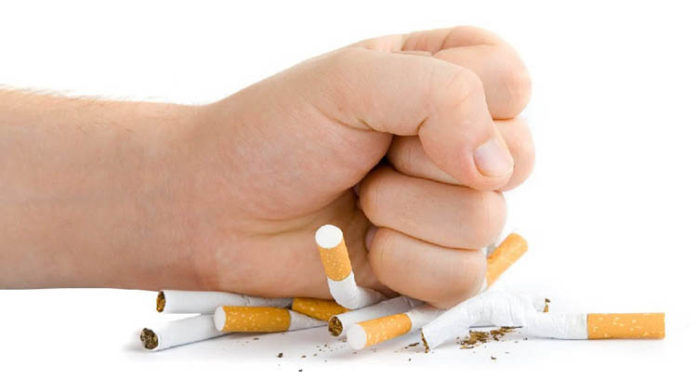 SETTING AN ambitious UK target of a smoking prevalence of less than 5% by 2035 would avoid nearly 12,500 new cases of serious disease and save more than £600 million in healthcare and lost productivity costs in that year alone, conclude researchers in Tobacco Control.

Over the past 35 years, the number of active smokers in England has plunged to 17%, but on the basis of recent trends, smoking prevalence is projected to fall to 10% by 2035. And most of that decline will be among the most well off rather than the poorest.

Bolder action is needed if real and equitable inroads into the rising personal and societal costs of treating and managing the conditions associated with smoking are to be made by that time, say the researchers.

Despite the adoption of similar ‘smoke-free’ targets by New Zealand, Finland, Ireland and Scotland, the UK has not committed to this ambition.

And while policies, such as stop smoking services, smoke-free workplaces, and standardised packaging are extremely welcome, alone they are unlikely to achieve a smoking prevalence of less than 5% by 2035, the researchers point out.

In a bid to work out the extent of the personal and societal gains to be made by adopting the target, the researchers drew on a wide range of national and research data to calculate the potential number of serious diseases avoided and the healthcare and lost productivity costs saved.

They focused on 14 different types of cancer associated with smoking, including acute and chronic myelogenous leukaemia (blood cancers), as well as coronary heart disease, stroke, and COPD, the umbrella term for chronic and disabling lung disease.

Using a mathematical model that includes a broad range of risk factors and which has been used in more than 70 countries to date, the researchers calculated that 12,350 new cases of disease would be avoided—particularly lung cancer—in 2035 alone, and nearly 100,000 between 2015 and 2035.

And they worked out that the NHS would save £67 million in direct costs, while savings in non-health costs would stack up to £548 million in 2035 alone.

The researchers highlight that the diseases included in their calculations didn’t cover the full range of those associated with tobacco use, nor did their model include passive smoking or other products, such as hand rolled tobacco, shisha, cigars and pipes. And they were unable to include wider societal costs, such as litter and house fires associated with smoking.

Nevertheless, “Findings from this study demonstrate that (A) there are clear health benefits delivered through achieving a [‘tobacco free’ ambition] by 2035 and (B) maintaining current trends in smoking prevalence is still likely to produce a sizeable disease and economic burden,” they emphasise.
“Smoking rates only decline with action,” they insist, adding: “Establishing a [tobacco free ambition] is an important policy endeavour to improve the health outcomes of the UK and a predicted baseline scenario of policy interventions to rid the country from the lethal grip of smoking.”

These should include sustained rises in taxation on cigarettes and renewed efforts to curb smuggling, they suggest. But achieving long lasting reductions in smoking prevalence will require cash, particularly if marginal groups of smokers are to be helped to kick their habit, they point out.

The reverse seems to be happening, they note, prompting them to urge: “With a substantial number of local authorities in England cutting back on their budgets for smoking cessation activity and mass media campaigns, a sustainable approach to public health funding should be sought in the immediacy.”