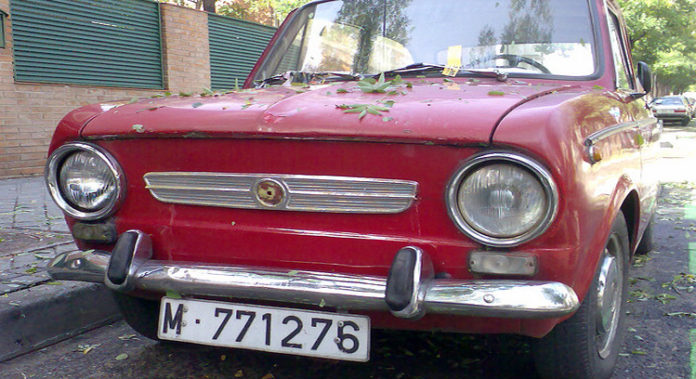 NUMBER PLATES are things that stick with you throughout your life. I can remember the first car I drove after passing my test – in 1988 – an old green Ford Escort registration AUL 380H.

The UK system of registration was based on the first three letters signifying where the car was registered. In this case, anything ending in UL meant London and the A in front indicated the year as well as the – H (1969).

The system using letters of the alphabet in order to indicate the year of the car was introduced in 1963 and began, unsurprisingly, with A, such as DRT 452A. This carried on until the letter Y (from August 1982 to July 1983). The letters I, O, U, Q & Z were not used, due to them being able to be manipulated to look like other letters. The Q (imported cars) and Z (Diplomatic and Northern Ireland registrations) had other significances. Be honest, we all used to look on the streets from August 1st to see if we could see our first brand new car!

By August 1983, the end of the alphabet had been reached, so a new system was implemented in the UK. This time, the year letter was placed at the front of the license plate such as A673 GCD, reversing the previous layout. With the same letter exclusions, this arrangement itself came to a natural conclusion in August 2001, although by this time and since 1999, two letters were issued per year changing every six months.

September 2001 unveiled the new and possibly the most complicated system of car registration numbers. An example from that time would be EA51 SMR. The EA indicates it was registered in Essex (Chelmsford to be precise), the 51 means it was issued in the first six months of the system (September 2001 to February 2001) and the SMR are simply random letters. You would think that 52 would be the next number in the sequence? You’d be wrong. Cars registered from March 2002 through to August 2002 used the numbers 02 – e.g. EA02 SMR. Using this sequence, the current numbers being used are 17; 67 will be used from September this year – EA67 SMR.

Vehicle registration plates have existed in Spain since 1900. Most motor vehicles which are used on public roads are required by law to display them. The government agency responsible for the registration and numbering of vehicles is the Directorate General of Traffic (DGT).

The first system, introduced in 1900, consisted of a letter code denoting the province the vehicle was registered in, followed by a sequence number of up to six digits. The codes were normally made up of the first one or two letters of the province name, or the name of the provincial capital (many provinces are named after their capitals), under the provisions of a 1926 regulation. In the earliest days, some provinces used three-letter codes, but these were abolished after 1926. A couple of examples of the first system would be M 187307 from Madrid and GR 7643 from Granada. This system came to an end in October 1971, by which time both Madrid and Barcelona were approaching the number 999999. A very rare number of these older vehicles with such registrations, usually with five or six-digit numbers, can still be seen on Spanish roads.

No “counter” series used the consonants Q and R (and Q has never been allowed in any way. The apparent reason for this being its resemblance to the vowel O and the digit 0 – as in the UK), while two-letter combinations ending in the vowels A, E, I and O were also forbidden, apparently to avoid the forming of potentially offensive Spanish words when combined with some province codes, (such as MA-LA, meaning “bad one”, or CU-LO, meaning “bottom”). This meant that, for instance, Z was followed by AB, while AN was followed by AP and then AS, and PZ was followed by SB.

This system lasted until September 2000, by which time Madrid was again running out of registrations, its letter counter reaching series ZX. Barcelona reached series XG, while the next province by registration volume, Valencia, was far behind at series HJ. The allowed combinations ZY and ZZ were therefore never issued in any province.

Both systems were susceptible to problems with rivalries between regions, as they caused trouble for motorists travelling out of their provinces or trying to sell their vehicles second-hand.

The current format for Spanish number plates was introduced on 18 September 2000 and is used nationwide, so there is no way of knowing where the vehicle was registered. With tongue firmly in cheek, it was always useful seeing a number plate beginning with M which told it came from Madrid, the driver was probably from Madrid and you stayed well back from it and never expected to see an indicator!

Now the registration plates are in the format of four numbers followed by three letters, the first one of this series being 0000 BBB.

The letter counter only gives a very rough idea of when the vehicle was registered, but is less reliable for determining its age, as imported second-hand vehicles are registered in the same way as new models.

As of today, the letter counter combinations are at the J series, and at the current rate of approximately five series per decade, the system will be exhausted around 2040, when the number plate reaches 9999 ZZZ. The consonants B, C, D, F, G, H, J, K, L, M, N, P, R, S, T, V, W, X, Y and Z are used, which allows for 8,000 possible combinations (from BBB to ZZZ) and hence a total of 80 million possible registrations in the system.

My money would be on the sequence being reversed after that date BBB 0000, and I look forward to still be driving at that time when I’ll be 70!