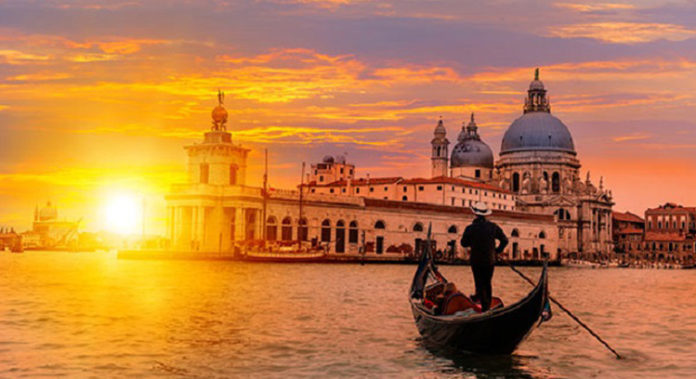 IT WAS back in June 2015 within days of the new mayor of Barcelona taking up her post, that Ada Colau stated one of her aims was to introduce a limit on the number of tourists to “stop the city becoming Venice”. The Italian holiday hotspot appears to be taking notice of what she said two year ago…

Venetian authorities have said they are bringing in a series of new measures to stop the snowballing of fast-food outlets that are claimed as being “not compatible” with the heritage of the city. The new law which was passed last week has banned the opening of any new kebab shops, fast-food outlets and even selling pizza by the slice in the popular tourist destination. However, the law doesn’t affect establishments selling artisanal ice cream.

“We want to put the brakes on types of activities which are not compatible with the preservation and development of Venice’s cultural heritage,” said Paola Mar, Tourism Chief of Venice. She stressed that she didn’t have any problem with people eating outside but consumption of takeaway food in St Mark’s Square is prohibited.

“The problem is that with a tourist city like ours, there is a risk of it losing its identity,” she continued. “There are local products that we must try to promote, this would be better for the spirit of the city and, at an environmental level, would be more sustainable.”

Back in November 2016, the Mayor of Florence was sued for $20m by McDonald’s after he refused to let them open one of their restaurants. The proposal was refused by the Mayor saying: “McDonald’s has the right to submit an application, because this is permitted under the law, but we also have the right to say no.”

In a statement to the BBC at the time, McDonald’s said, “We completely agree that the cultural and artistic heritage and the Italian historical town centres have to be protected and guaranteed, as well as the traditions and the historical small shops, but we cannot accept discriminatory regulations that damage the freedom of private initiative without being advantageous to anyone.”

Last year too, Verona banned the opening of new kebab shops in the Italian city, while Florence had clamped down on “foreign food” after ruling that all new restaurants and food shops in the city should ensure that at least 70% of their produce is local.

The tourist influx angered the city and messages that read: “Tourists go away!!! You are destroying this area!” were circulated and posted as graffiti around the affected areas.