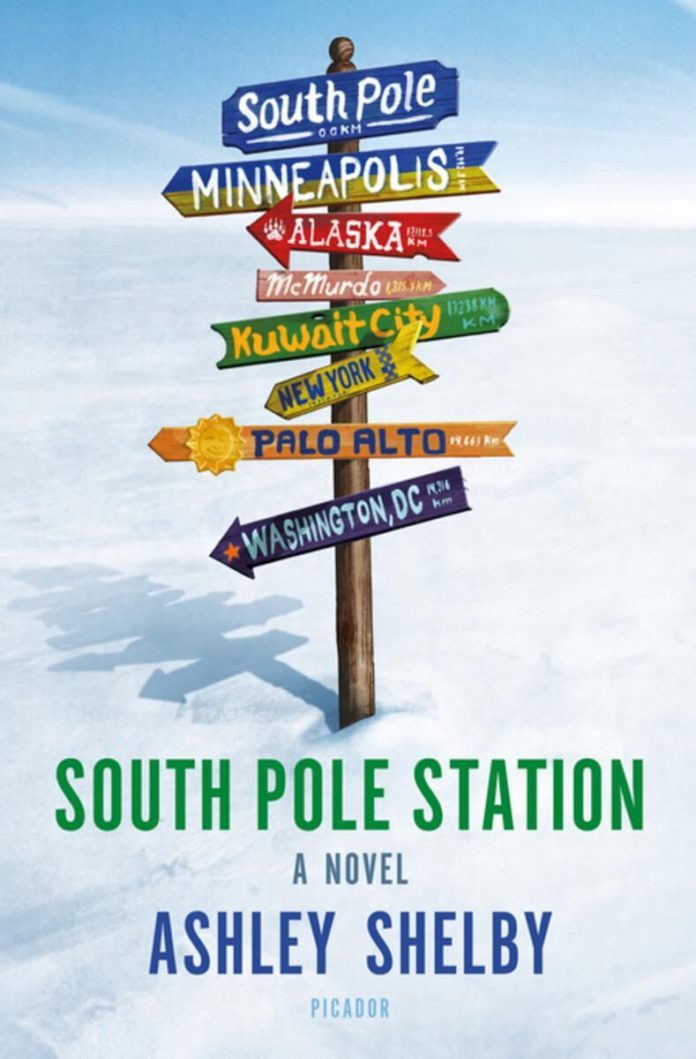 DO you have digestion problems due to stress? Do you have problems with authority? How many alcoholic drinks do you consume a week? Would you rather be a florist or a truck driver?

These are some of the questions that determine if you have what it takes to survive at South Pole Station.

Cooper Gosling has just answered five hundred of them. Her results indicate she is abnormal enough for Polar life.

Shelby’s debut novel is a (literally) chilling story of Antarctic survival at South Pole Station, where scientists, artists, and support personnel live, work, argue, and pout inside a geodesic dome in temps of 35 degrees below zero.

Gosling, an unsuccessful artist, “ your typical aimless thirty-year-old looking to delay the inevitable slide into mediocrity,” is accepted for a one-year assignment to South Pole Station as part of the National Science Foundation’s Antarctic Artists and Writers Program.

She truly is adrift in her career and personal life, but finds comfort and inclusion at South Pole Station, where personality disorders and a fondness for alcohol are seemingly requirements.

The station’s isolation, close-quarters living, and bitter cold do not inspire her; more interesting for Cooper are the people and relationships she observes—the social tribes and ego posturing, especially when a hated scientist arrives.

Dr. Frank Pavano is a climate change denier, and his presence riles the other scientists.

When Cooper helps Pavano with an unauthorized experiment and is maimed in an accident, a blame-game investigation, a global warming scandal and congressional outrage and meddling with funding threaten the station’s future.

Cooper and her polar pals stage a mutiny, resulting in a tense, ice-cold showdown with the feds, the media, a greedy defence contractor, and an insidious energy company.

A warm-hearted comedy of errors set in the world’s harshest place, Ashley Shelby’s South Pole Station is a wry and witty novel about the courage it takes to band together when everything around you falls apart.