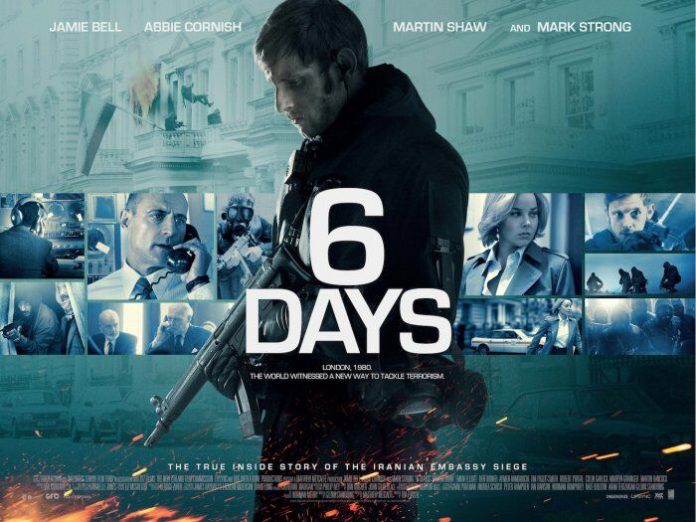 6 DAYS is a British film directed by Toa Fraser and written by Glenn Standring.

It is based upon the 1980 Iranian Embassy siege in London and stars Jamie Bell, Abbie Cornish, Mark Strong and Martin Shaw.

Over the next six days a tense standoff took place after twenty-six people were taken hostage inside the embassy by six gunmen, who demanded the release of Arab prisoners in the Khuzestan Province of Iran, as well as their own safe passage out of the UK.

All the while a group of highly trained soldiers from the SAS prepared for a raid the world had never seen the likes of.

The film was shot on location in London, in and around Knightsbridge.

The framework for the film largely follows the perspective of three people who played a vital part in the events at the time – hostage negotiator Max Vernon, the man responsible for communicating with the terrorists inside the building; news reporter Kate Adie, who was covering the events for the BBC and Rusty Firmin, leader of one of the SAS assault teams that entered the Iranian Embassy to end the siege.