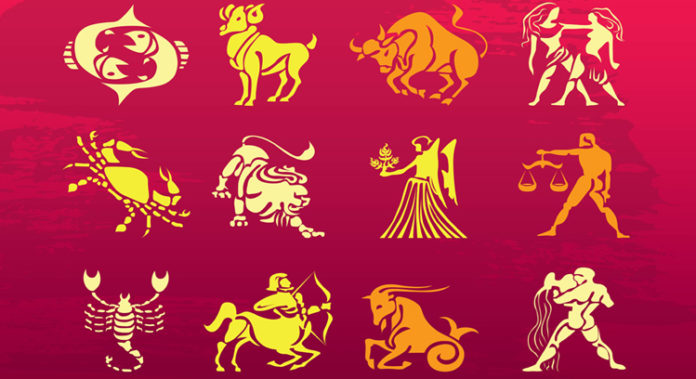 It might become clear this week how you have no option other than to watch and wait in an area of your world where you wish you could be more proactive. There appears to be a situation you must observe from the sidelines and this could be a source of frustration. Rather than try anxiously to find ways to be more than a spectator, allow some essential information to find its way to you. This could do much to reassure you that you are wise to refrain from intervening.

Who is most deserving of your time? Efforts? Loyalty? Affections? That’s quite a list to ponder but you might be asking yourself such questions this week. In trying to reach a decision, don’t be drawn toward what or who is making the loudest impression. The wisest choice you can make involves looking closely at what or who is waving subtly in the background, hoping you’ll notice it or them!

You could be reminded this week of what is meant by the saying, ‘quid pro quo.’ You appear to have no issue with granting a favor or support to a certain person but want to know what you’ll receive in return. That’s not being selfish. It’s being sensible. You could find similar requests are made in the future and the coming week is a good time start setting a precedent.

It can be frustrating when a proverbial ball is left on someone else’s court. We have to experience a frustrating waiting time before they choose to respond. You may have grown used to having to play a frustrating waiting game where a certain person is concerned. They know where you stand, now you want to know where you stand with them. A response received this week might not be one you were anticipating, but it will allow for further discussion to reach a compromise.

Nothing in life ever happens instantly, despite appearances to the contrary. Even sudden, out-of-the-blue developments occur as a result of processes working away in the background that we are often oblivious to. Where you’re expecting an immediate or instant result, try to recognize processes that in motion to bring it. If you’re willing to see how a certain momentum is working very much in your favor, then you’ll start to feel more reassured that a desired result is both forthcoming and imminent.

Some people have a slightly skewed idea of justice and what is considered fair. Many such people believe that, as long as they’re on the receiving end of what’s just and fair, then justice has been served. This week, you might become painfully aware of an injustice you’re experiencing. It might appear someone has the upper hand in this respect. However, very shortly, you’ll start to feel more reassured about the advantageous position you’re in.

It could become clear this week how beholden and obliged you are to certain others. This probably wouldn’t be so problematic if you felt reassured that your terms were being met or at least considered in ways you believe they aren’t. Your mission this week is to refuse to allow frustration to fuel existing tension. You appear keen for the boot to be on your foot and this can happen. However, it can only happen if you speak your mind in a calm, sensitive and supportive way. Any defensiveness or confrontation will only serve to push away those whom you need on your side.

This week, you might need to make some effort to recognise the difference between being determined and aggressive. It’s the latter that you need to keep a close eye on because your determination for something to be done your way could take you into aggressive or confrontational territory. You have a valid point to make and others recognise and accept this. However, support and co-operation you need won’t come from banging a fist on a table. Doing unto others as you would have them do unto you is a motto worth sticking to this week.

Love and money could go hand-in-hand this week and both could be your greatest sources of frustration. The good news is, coming events promise to bring reassurance in both areas where you could use some. The cosmos appears keen to bring more of a surplus to both areas and replace a deficit that exists currently. Instant results won’t happen overnight but during coming days, a sense of worry will gradually be replaced with relief.

Cautiousness being applied to a certain area of your world could transform into stubbornness and you might need to be realistic and honest with yourself about your reasons for digging your heels in. You might believe someone wants something to be entirely their way and your lack of cooperation could cause you to be seen to be adopting a similar attitude. This stalemate can be broken but it will require a bit more flexibility and a lot less hesitation and trepidation on your part.

Anyone who has ever written a complaint letter that achieved the desired result knows it’s essential to state what it is you want or want to see happen. It’s rarely effective to simply complain and leave the ball entirely in someone else’s court to respond in the way you want them to. That’s something to bear in mind this week. To encourage a desired response from someone, you’ll need to remove any ambiguity or uncertainty surrounding what it is you’re asking for.

It can take some time before we recognise and appreciate the fact that one or two others in our world know what’s best for us. Of course, the final decision rests with us but sometimes, it can take those who are detached from our world and all that we’ve grown too close to to spot a way forward that we fail to see. This week, don’t view someone’s input or insight as interfering. Taking on board the point they’re trying to make really will be in your best interests.