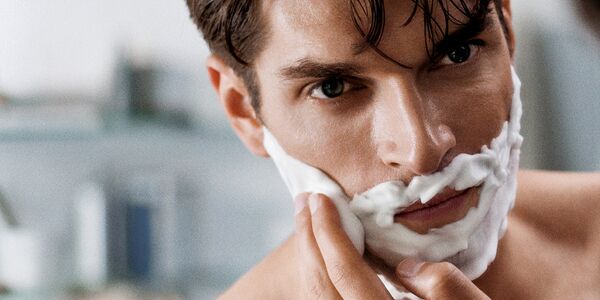 FEELING self-conscious can have a huge impact on men’s behaviour and with dry, sensitive or reddened skin a key cause for anxiety amongst UK men, it’s no wonder that skin concerns are one of the biggest factors preventing men from enjoying everyday activities.

With over one in three (34%) of the 7,074 men surveyed describing their skin as sensitive, there is no doubt that sensitivity is a major skin issue.

And whilst UK men are looking after their skin better in recent years, increasingly demanding lives and environmental aggressors such as pollution and UV rays are taking their toll, leaving them more prone to sensitivity, dryness and irritation

This in turn is having a major impact on men’s self-confidence and behaviour – with over half (52%) of all men surveyed saying they’d feel self-conscious going on a date with dry, sensitive or slightly red skin, half saying it would affect them if they were heading for a job interview (50%) and just under a third (32%) conscious of their skin on a night out with friends.

Over half (52%) said they’d feel self-conscious going on a date with dry, sensitive or slightly red skin, and a similar percentage said it would affect them if they were heading for a job interview.

Just under a third (32%) would be conscious of their skin on a night out with friends.

Men blame anything but poor shaving routines and lax skincare for the way their skin feels.

The weather is cited as a main factor, with many men blaming cold, hot or dry weather for irritating their skin (57%).

Over half (55%) say getting sweaty impacts on how their skin feels while an astonishing 47% believe greasy food has an impact – despite research to the contrary.

Urban life comes in for criticism too, with a quarter believing air-conditioning determines how their skin feels (25%) and over a third (39%) saying pollution affects how their skin looks and feels.

Men cite breakouts, dryness and redness as their top skin concerns – all symptoms of sensitive skin, and issues that can be aggravated by the wrong grooming regime (despite what men believe!).

Just 15% of men identified wrinkles as their number one worry. Two thirds (66%) of men say they’ve delayed shaving because of their skin being sensitive whilst more than 1-in-10 (13%) would skip shaving altogether if their skin was dry, sensitive or red – despite a daily shave being key for many men in boosting their self-confidence and projecting a crisp, clean and professional persona.

The good news is that men are beginning to take the right steps to solve their sensitive skin issues.

Nearly half (48%) reach for the moisturiser when skin is dry and irritated and a third drink more water (35%).

With the survey showing that sensitivity is the main reason men put off shaving, the right shaver may well be the missing piece in the puzzle when it comes to solving the problem of sensitive skin.