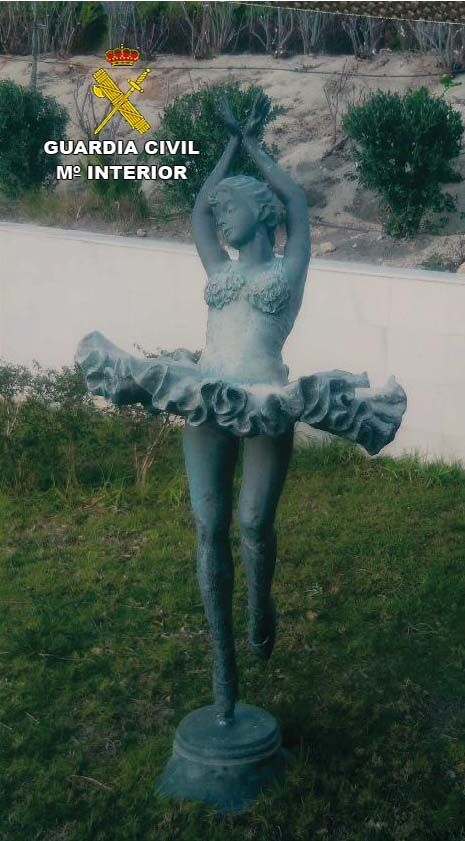 THE GUARDIA CIVIL has arrested a 31-year-old man, known only as SM, for the robbery of a bronze statue in La Ecareda, Almeria.

Officers were called by the owner of a farm in La Ecareda after he noticed that a 1.9 metre high ballerina statue had gone missing from his property.

The victim spotted the accused fleeing the area after another neighbour had caught him dragging a second statue along the street.

Investigators tracked the crook to his home in Vicar and found the statue in question abandoned in his front garden.

The accused has been handed over to the Almeria courts under robbery charges.