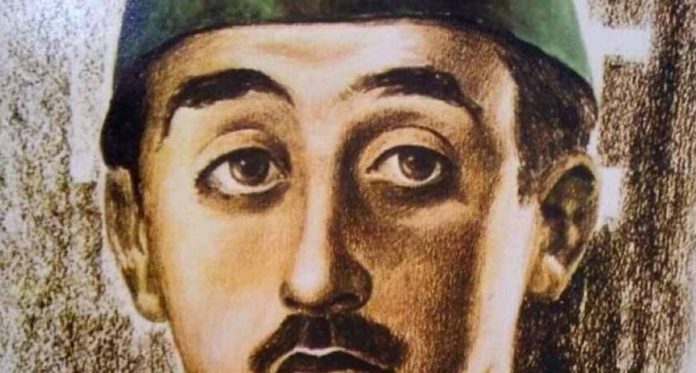 A PORTAIT of the dictator Francisco Franco in a show organised by the Provincial Brotherhood of Legionary Knights in the Patio de Luces in the Diputación de Almería has caused controversy.

PSOE representatives on the Provincial Council of Almeria have demanded the immediate withdrawal of the portrait from the exhibition titled ‘Culture of Defense’ whose purpose is to publicise the role played by the Legion.

The PSOE holds responsible the president, Gabriel Amat (PP), for allowing an exhibition that “advocates the Franco regime” and is “an insult to the victims and reprisals” of the Franco dictatorship.

The exhibition is not driven by the official organs of the Spanish Legion and forms part of an initiative of the Brotherhood of Legionary Knights whose aim is to: “Perpetuate the memory of the companions killed by God and Spain and honour their memory”.

PSOE has appealed to the Law of Historical Memory for the removal of portraits. PSOE spokesman Juan Antonio Lorenzo said the PP government team led by Gabriel Amat “has shown very little respect” in their participation in the exhibition and asks if he knew the content of the material that is exposed.

The president of the Provincial Brotherhood of Legionary Knights, Lieutenant Colonel Manuel Montes, emphasised that “no figure is exalted” and insists no one “uses the history of the Legion as a political weapon.”

PSOE has reiterated its commitment and appreciation for the Spanish Armed Forces, and those in the Spanish Legion, whose members ” live their lives away from their homes so that all of us and can live in a democratic society and in peace.”

The issue is particularly sensitive with many worrying Europe may experience the historical reevaluation of controversial or contested monuments seen most recently in the USA and its debate about the Confederacy.