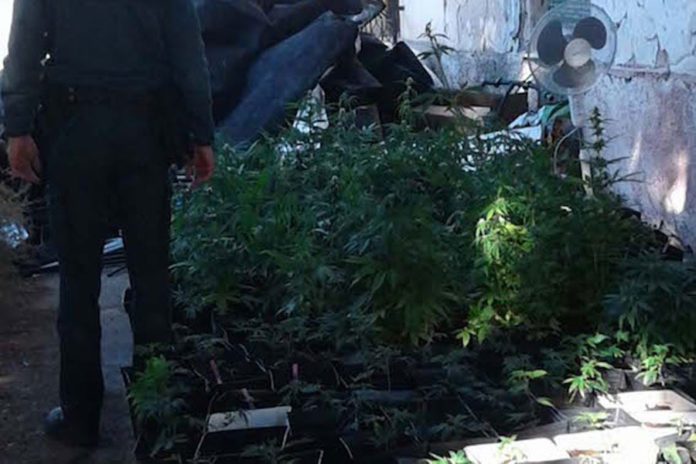 POLICE have detained two men in Zurgena for allegedly running a cannabis plantation in a vacant farmhouse.

The men, aged 37 and 42, were also accused of drug trafficking and illegally bleeding electricity to power the farm.

Local Police carried out an investigation of the farmhouse after they became suspicious it had become the site of drug trafficking activity.

Upon arrival, officers came into contact with the 37-year-old owner of the property and informed him that they wanted to carry out a search of the house.

They had received a tip off that a large amount of electricity had been used onsite which had not been paid for. This raised suspicions that more illegal activities were taking place, even though the building looked like it was being used to store farm equipment on first appearances.

After further inspection of the premises, they discovered 315 marihuana plants growing inside two separate greenhouses.  They also discovered heat lamps, air conditioners, humidifiers and other effects used for their cultivation.

Police then proceeded to arrest the owner, who was charged with growing and selling cannabis, as well as stealing electricity. They also held another 42-year-old man suspected of assisting in the operation.