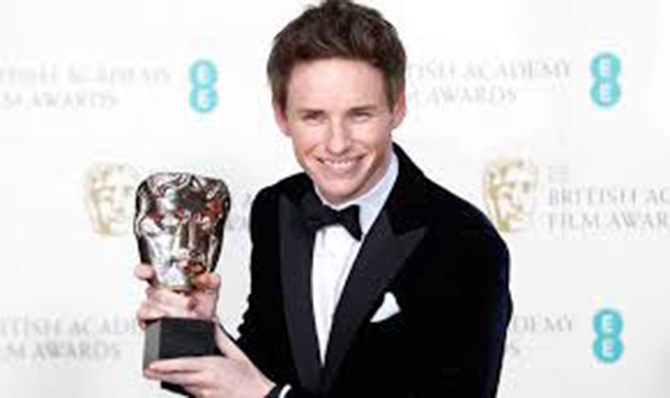 Eddie Redmayne has scooped the best actor prize at the Bafta Film Awards for his role as Professor Stephen Hawking in The Theory of Everything.

Redmayne said it was “one of the best nights of my life”.

The film was also named outstanding British film and won a third award for its adapted screenplay.

Patricia Arquette also won the best supporting actress Bafta for her role in the film.

The ceremony at London’s Royal Opera House on Sunday night was hosted by Stephen Fry.

Here is the full list of winners for the 2015 Bafta Film Awards.

Outstanding British film: The Theory of Everything

Actor: Eddie Redmayne – The Theory of Everything

Adapted screenplay: The Theory of Everything – Anthony McCarten