The original walk that was led by (nice) Pedro up and around the mountains of Morata, was deemed to difficult by Jon, having spent an hour looking for the start and then being warned off by a young ranger. So 18 walkers met at Restaurante Casa Colora and drove to Coto Fortuna by the defunct Bar Hnos Montiel. 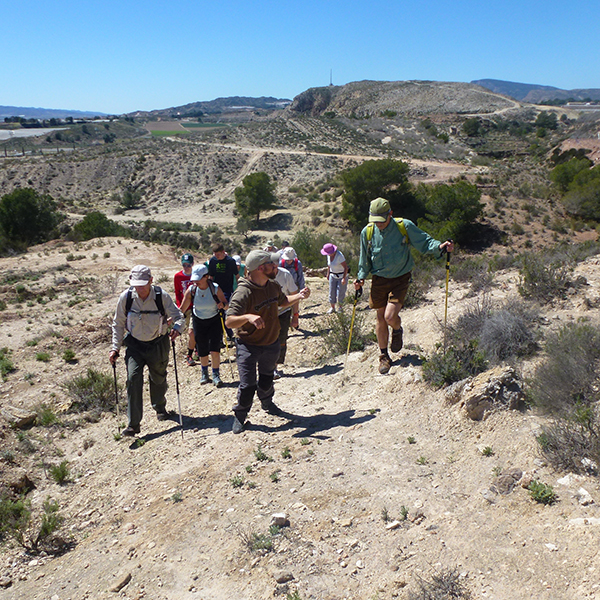 A good track led us up the west side of the hill to a picnic area. The track then went right round to a unfenced mine shaft where a woman from Aguilas area frightened Richard by walking around the edge of a very deep shaft, when the walk was done five years ago. 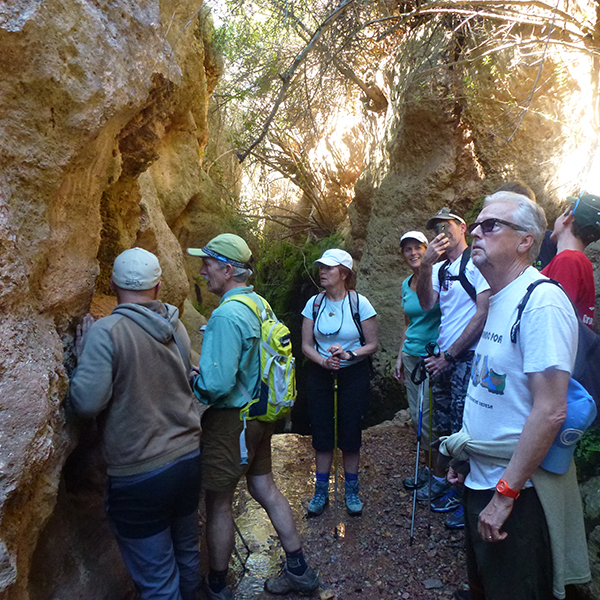 Back to the cars after a slow return amble (andar sin priza!!) and off to Restaurante Los Cazadores (The Hunters). It was a good meal (no misfits to cater for) and into the Spring Equinox Personality Tests devised by Alfred Russel Wallace and Charles Darwin.   Most people enjoyed the tests after several were reluctant to get involved (What were they trying to hide in their personality?). Jon’s pig drawing was at the top of the page, facing right and had few details, 4 legs, big ears and, of course, a very, very, very long tail. 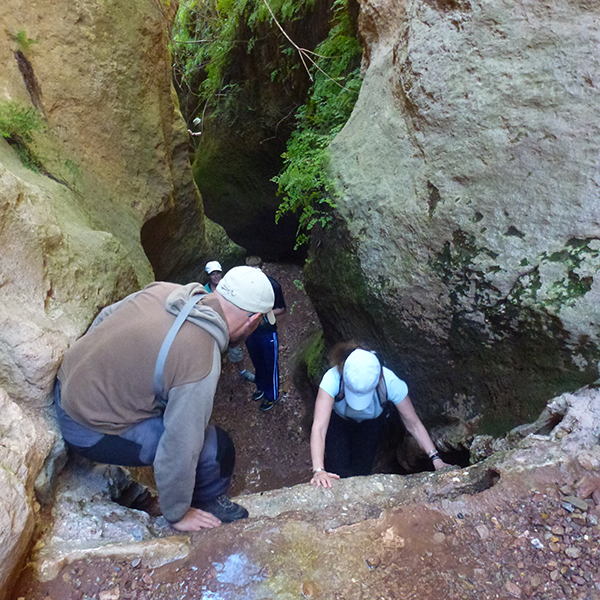 The last walk of the season will be on Saturday, 30 May 2015. More information on the Humanists can be found on www.bolnuevo.com, click on Humanists.

This extra walk followed on from the subsidiary group visit of the Darwinian Gardeners to La Bastida, near Totana.  The guide, Carlos, mentioned the walk and Annie jumped at the idea and organised an extra walk. Jon had the easy job of arranging a menu of the day with the restaurante which only took 15 emails.

Fifteen walkers** left La Santa car park to the Gorge at Aledo. The first part took us along the Gorge to a “bridge” where a group of Dutch were attempting to return.  It was entertaining to see others having our sorts of problems.  There was also a 4000-year-old ruined house on the cliffside.  Going the other way up the rambla, turned out to be quite wet, so Carlos, The Six Yanks and two Bridge Club Board members continued up the 12 ft waterfall and through the stream while the others went around. Lots of caves and evidence of Bronze Age activity.

We returned to the car park and set off to another site.  The historical site was situated on a small hill and had been rescued from Paloma’s expansion plans.  An enthusiastic Carlos explained in detail the lives of the Bronze Age people.

We went to La Santa Restaurante for lunch.  All enjoyed a fantastic meal and a small donation was given to Carlos for the La Bastida Project.

** Unfortunately, Mike and Allan got lost on their way to the meeting point and Jon’s new SMARTPHONE had been left in his car. so no calls or messages were seen until Monday morning.