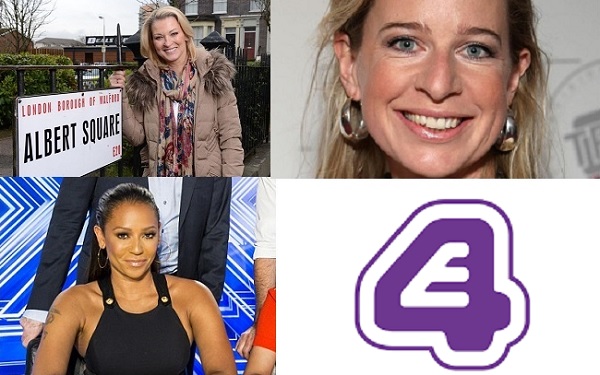 The planned Katie Hopkins chat show has reportedly stalled because celebrities have refused to appear.

The TLC channel is said to be planning a programme with the controversial columnist at the helm, but it’s claimed that bookers could not confirm any guests.
A source told the Daily Mirror: “They can’t find anyone who wants to go on it.

“She is too controversial, too nasty. The bottom line is, no one likes her. Why would you want to go and speak to her?”

She had previously made the show ‘My Fat Story’ for the cable channel, in which she purposely gained weight in order to lose it again as a way of suggesting obese people were not trying hard enough to change their lifestyle. Though it achieved record ratings for TLC, the new project now appears to be faltering.

Former ‘Apprentice’ contestant Hopkins, who has made a name for herself thanks to her controversial views, recently hit the headlines after a column for The Sun newspaper in which she branded migrant people ‘cockroaches’.

So far a petition to have Hopkins sacked from her role as a columnist for The Sun has gained over 270,000 supporters. [Daily Mirror]

Channel 4 is to shut down its spin-off channel E4 on the day of the general election to try to persuade its youth audience to vote. “Fewer than half of under-25s voted at the last election, so we’ve engaged the most powerful weapon that we have at our disposal to try and boost that number: switching off their favourite TV channel for the day,” said C4 boss Dan Brooke. [Metro]

Simon Cowell has reportedly fired Mel B as a judge on ‘The X Factor’ after just one series. An insider told the Daily Mail: “Simon and the producers are now looking for a replacement for Mel’, a second insider added. If they fail to find a suitable candidate there is a small chance she could be back.” [Daily Mail]

Gillian Taylforth’s Kathy Beale is set to make a return to ‘EastEnders’, according to show boss Dominic Treadwell-Collins. “We’ve storylined her return properly. You’ll see a flash of Kathy again fairly soon and then boom! She’s already filmed her next little tease,” he said. [Daily Mail]