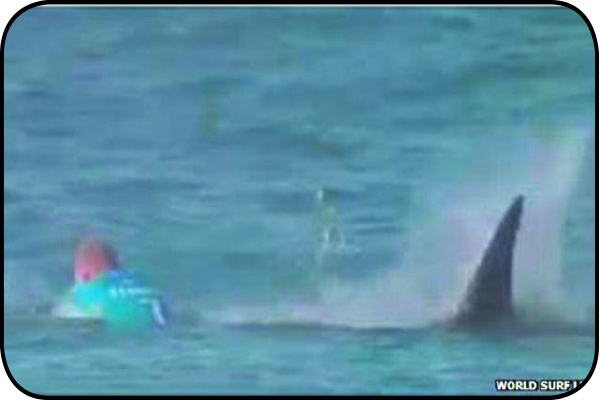 An Australian surfer has made an incredible escape after encountering two sharks during a major competition in South Africa.

Mick Fanning was competing in Jeffreys Bay, on the eastern Cape, when one of the sharks approached his surfboard.

The final of the J-Bay Open had only just started when Fanning was knocked off his surfboard and into the sea.

Fanning, the defending champion, escaped injury. The tournament was called off soon afterwards.

“I was just sitting there and I felt something just get stuck in my leg rope, and I was kicking trying to get it away,” Fanning told Fox Sports.

“I just saw fins. I was waiting for the teeth.”

Fanning, a three-time world champion, said he was able to “get a punch into its back” and startle it.

The event was being broadcast live on television. Footage later cut to Fanning and co-competitor Julian Wilson, also of Australia, on a rescue boat reliving the incident. 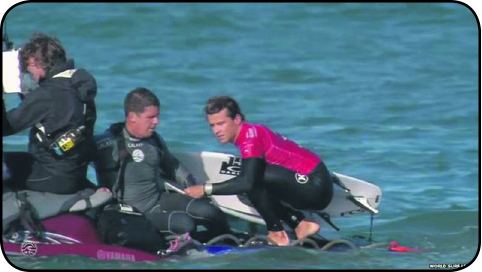 The relieved-looking pair then received loud applause from a crowd on the beach.

The World Surf League (WSL), which organises the competition, said Fanning was approached by two sharks, and that he and Wilson were both rescued from the water by jet-skis.