Almeria is one of the most unspoilt tourist destinations in Spain. The city continues to grow as new attractions arrive and now is a more exciting time than ever before to pay it a visit.

While many people understand the appeal of Madrid and Barcelona, this south-eastern province is making a name for itself with its phenomenal cultural attractions and supreme hospitality. Here are four things tourists definitely need to check out:

This monument was founded in the 10th century and acted as one of the country’s most powerful fortresses. It is split into three compounds, the Primer Recinto, Segundo Recinto and Tercer Recinto.

In the Primer Recinto, visitors can see some beautiful gardens. They were once used as refuge for the public when the area was under attack. There are also great views of the Muralla de Jayran and the coastline. The Segundo Recinto was previously used to house Moorish kings when they visited the city. The ruins of these still remain today.

2. The Museum of Almeria

The Museum of Almeria boasts a stunning collection of artefacts from the Middle Palaeolithic Era to the present day. Many of the works have been found at archaeological sites, with items ranging from weapons to pottery and costumes. A lot of the collection looks at the history of war and retail in the region. Though there are also items related to the everyday life of residents from the time period. 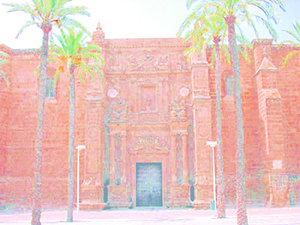 Built in Gothic and Renaissance styles in the 1500s, the Almeria Cathedral is a stunning architectural achievement and is the seat of the Diocese of Almeria. Construction began in 1524 to replace a previous structure that was destroyed by an earthquake and its final bell was installed in 1805.

Within the chapel behind the main altar is the tomb of the development’s founder Bishop Villalan. The cathedral’s unique appearance is due to the threat of pirates, with cannons and armory both stored in its towers to protect the city. 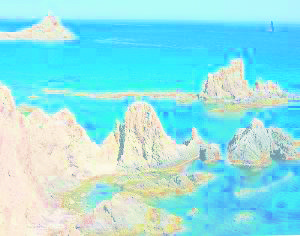 Nijar Natural Park is a protected area with picturesque cliffs and tranquil beaches.

There are many arts and crafts sold throughout the region, allowing tourists to learn about the area’s fascinating culture.

The park’s ecology is particularly unique, as it does not experience a winter season and is isolated from other towns and cities. There are also more than 1,000 flora species in Nijar, along with a host of marine, steppe and salt marsh birds.