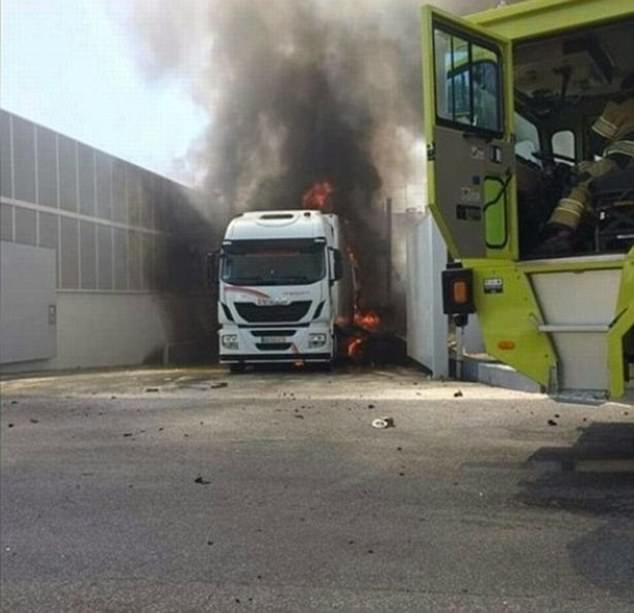 Five people have been killed after a small plane crashed into a Lidl supermarket car park near Lisbon in Portugal.

All four crew members were killed in the crash, as well as one man on the ground.

The plane is believed to have exploded in mid-air before crashing near the supermarket warehouse in a residential area.

The aircraft fell onto a lorry in the car park below causing it to catch fire and killing the driver who was unloading goods at the supermarket’s rear cargo bay.

Operational commander Miguel Cruz said those killed are the Swiss pilot, three French passengers on the plane and a Portuguese truck driver.

The Swiss-registered plane had taken off from Tires aerodrome – which is used mainly by private aircraft and about (20km) west of the Portuguese capital – shortly before the crash.

It is believed the plane was headed for Marseilles in France.