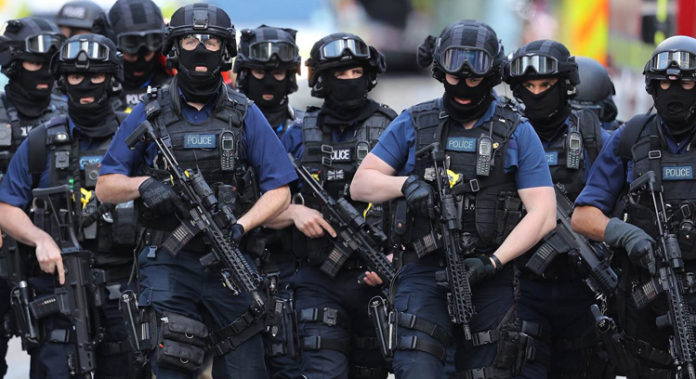 STEVE WHITE, chair of the Police Federation of England and Wales, said: “The Prime Minister has today pledged that the new Government will work to keep the nation safe and secure, and mentions giving the police ‘the powers’ they need to keep the country safe.

“That’s all very well – and we, the Federation, will continue to provide advice and suggestions to that end. But we can’t ignore that safety and security has been brought into sharp focus in recent weeks, tragically for all the wrong reasons.

“The protection of its citizens should be the primary responsibility of any government. She can start by properly investing in our police service. The postcode lottery we hear spoken about in health and education is one we’re fast seeing develop in policing. We have all seen and heard how officers will not hesitate; will not flinch when running towards danger, but their ability to do so in every pocket of England and Wales is hampered by the number that exist to do the job – or not, as is the reality.

“Now more than ever, we need a commitment to change for the better. There is no quick fix but there are quick actions that can be taken to help better protect the public and the police – quick actions that will instil trust in this new government.

“Mrs May must start as she means to go on and show the country that they take public safety seriously – financial investment back into policing is the least that they must do.”

In the wake of the terrorist attacks 10 days ago that saw eight people killed on and around London Bridge, Police Federation vice-chair Calum Macleod gave his views on the extra investment that’s been made in counter-terrorism policing. Whilst welcoming it, he added: “This is not enough on its own – other areas, like community policing, need more boots on the ground now so that we can strengthen those neighbourhood relationships and stop the terrorists before they claim more lives.

“The reality is that all those of interest to the security services can’t be watched all the time and difficult decisions have had to be made.”

Mr Macleod discounted any ideas that routinely arming all police was the answer. “When we last surveyed our members, 80% told us they did not want to routinely carry firearms. They do, however want access to better equipment, such as Taser and spit guards.”