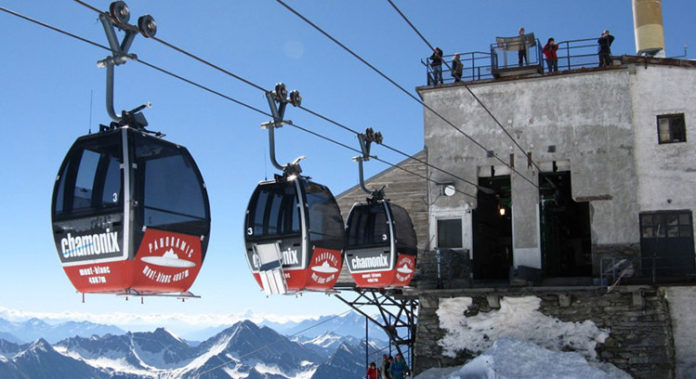 A CABLE CAR whose dramatic breakdown last September forced 33 tourists to spend the night stranded – suspended high over the French Alps – has reopened.

The cars which offer visitors stunning views in the shadows of Mont Blanc have been put back in service after an extensive overhaul, nine months after the incident which made headlines across the world.

The sightseers were trapped in the cars at an altitude of 3,800 metres (12,500 feet) for 18 hours after the cables got crossed last September 8. Nightfall and deteriorating weather had forced emergency workers to suspend their rescue operation.

New safety features have been added to the overhauled system, said a statement from the regional authority of Haute-Savoie. They include a smoother movement out of the station to guard against the cables crossing, and improvements to the back-up engine for the system. The cabins have also been supplied with emergency kits containing warm clothing and food in case of any future breakdown.

The five-kilometre (three-mile) system connects the Aiguille du Midi on the French side of the mountains with Pointe Helbronner on the Italian border, offering panoramic views of Mont Blanc. It has been operating since 1950.