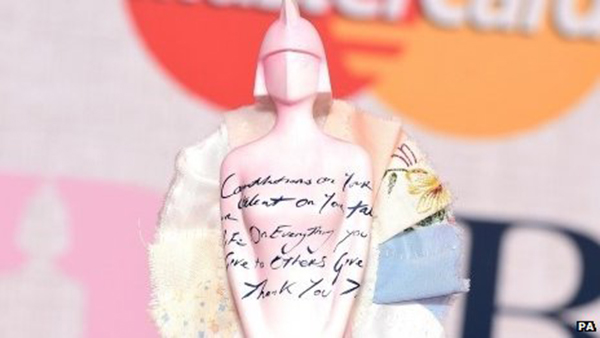 Ed Sheeran and Sam Smith both walked away with two prizes at this year’s Brit Awards.

Ed scooped the night’s main award, album of the year, for his record X – which was the best-selling record of 2014 in the UK. 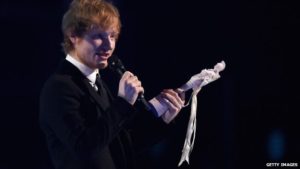 “I was really worried about this album,” he said, accepting his trophy from actor Russell Crowe, “it took a long time to make.”

He added it had been a “very, very good year for British music”.

Sam, who won four Grammys earlier this month, thanked his fans in an emotional speech. 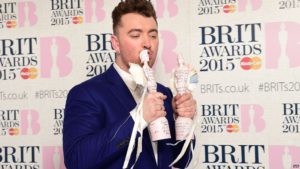 “Since I was a little kid I dreamed of people all over the world singing my songs and although I’ve got a long way to go, this shows that I’m stepping in the right direction.”

“This has been 13 years in the making,” she told the audience at London’s O2 Arena. 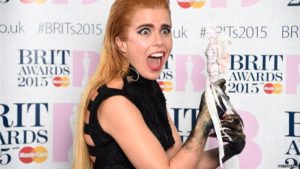 Paloma’s third album, A Perfect Contradiction, was the biggest-selling female record in the last year, shifting more than 725,000 copies. She went on to win best international female, her first award after eight years of releasing records in the UK.

The star dedicated her award to her close friend Ed Sheeran.

George Ezra, who came away with no awards on the night after being up for four prizes, performed his hit track Budapest in front of the packed crowd at London’s O2 Arena.

Pop star Madonna fell off the stage during her performance at the 2015 Brit Awards. 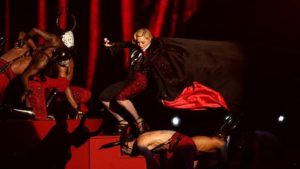 Madonna tumbled down a set of stairs and landed awkwardly, apparently after a dancer tried to remove a cape she was wearing at the start of her routine.

But she recovered and returned to continue her song, Living For Love.

The 56-year-old issued a statement later saying she was “fine” and that her cape had been “tied too tight”.

“Nothing can stop me and love really lifted me up,” she wrote on Instagram, referencing the lyrics to her song. “Thanks for your good wishes!”

A full list of winners at this year’s Brit Awards, held at London’s O2 Arena. British album of the year

British artist video of the year

Winner: One Direction – You and I

British producer of the year