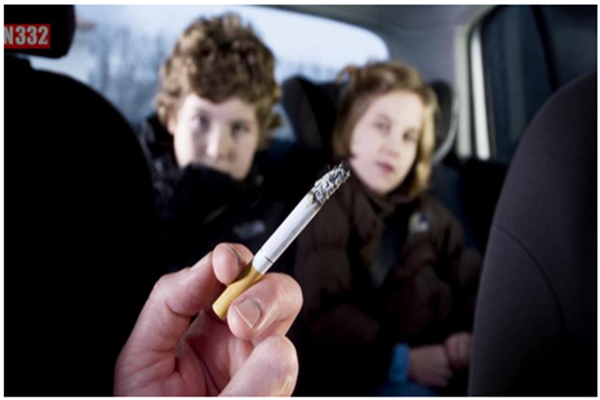 Are You Aware of the UK Driving Law Changes?

The Institute of Advanced Motorists (IAM) is warning people to be ready for a host of changes coming up in driving laws in the UK – and fear many are totally unaware of what’s in store in 2015.

New regulations that have changed driving licences, drug-drive limits and speed limits have already taken place in 2015. There are, however, other changes expected to take place later in the year.

For motorists oblivious to these changes, the IAM is raising awareness to ensure all road users understand the new driving laws and changes.

In March a new law on driving under the influence of legal or illegal drugs including cannabis and cocaine and prescription drugs including diazepam, methadone and morphine came into force across England and Wales.

Earlier this month, the IAM revealed the true scale of drug-driving since the new regulations started and found 902 arrests have already been made by police forces. Motorists convicted of drug-driving will get a minimum one year driving ban, unlimited fine, up to six months imprisonment and a criminal record.

It’s illegal to drive if either:

Legal drugs are prescription or over-the-counter medicines. If you’re taking them and not sure if you should drive, talk to your doctor, pharmacist or healthcare professional.

The police can stop you and make you do a ‘field impairment assessment’ if they think you’re on drugs. This is a series of tests, eg asking you to walk in a straight line. They can also use a roadside drug kit to screen for cannabis and cocaine.

If they think you’re unfit to drive because of taking drugs, you’ll be arrested and will have to take a blood or urine test at a police station.

You could be charged with a crime if the test shows you’ve taken drugs.

It’s illegal in England and Wales to drive with legal drugs in your body if it impairs your driving.

It’s an offence to drive if you have over the specified limits of certain drugs in your blood and you haven’t been prescribed them.

Talk to your doctor about whether you should drive if you’ve been prescribed any of the following drugs:

You can drive after taking these drugs if:

You could be prosecuted if you drive with certain levels of these drugs in your body and you haven’t been prescribed them.

The law doesn’t cover Northern Ireland and Scotland but you could still be arrested if you’re unfit to drive.

If you’re convicted of drug driving you’ll get:

Your driving licence will also show you’ve been convicted for drug driving. This will last for 11 years.

The penalty for causing death by dangerous driving under the influence of drugs is a prison sentence of up to 14 years.

Other problems you could face

I have today (28 November 2014) announced that the government intends, following a public consultation, to increase the national speed limit for heavy goods vehicles of more than 7.5 tonnes on dual carriageway roads from 50 mph to 60 mph.

This complements the decision that the government has already announced to raise the national speed limit for HGVs over 7.5 tonnes on single carriageway roads, and is part of a wider package of associated measures that the government is bringing forward to continue to increase economic efficiency and remove outdated restrictions.

The national speed limit increase on dual carriageways will modernise an outdated regulation dating from the 1980s, better reflecting the capabilities of modern HGVs. It will help to free professional hauliers from unnecessary regulation.

The change will ensure that HGV speed limits are proportionate and better aligned with the limits for HGVs on motorways and single carriageways, and with other vehicles such as coaches and cars towing caravans. Our evidence indicates that actual average speeds are unlikely to change in response to the change in national speed limit. Our impact assessment, which has been scrutinised by independent experts, concludes that there is not expected to be an adverse effect on road safety, but we will be monitoring the impacts closely.

The speed limit increases for HGVs will be implemented via a change in the law to be put to Parliament during the next few months, with implementation scheduled for 6 April 2015. The existing limits continue to apply until the change has been put into effect. The amended speed limit will cover dual carriageway roads in England and Wales, unless specific lower local or urban speed limits are in effect.

The Department for Transport is publishing the summary of dual carriageway HGV speed limit consultation responses. The department is also publishing an impact assessment.

Copies of these documents will be placed in the libraries of both Houses.

Changes to driving laws and other-related procedural changes have also come into force this year to take advantage of the internet, increase convenience and save time on administration.

From the government’s launch of the ‘Make a Plea’ service in March, which enables motorists charged with minor motoring offences including speeding, failing to identify the driver or using a vehicle without insurance to respond to the charges made against them digitally, to the scrapping of the the Driver and Vehicle Licensing Agency (DVLA) paper counterpart of the photo card on 8 June, in which all driver information such as endorsements and which category of vehicles you are entitled to drive is stored electronically – the changes have allowed motorists to access information remotely. Important changes have also come into force with how motorists provide proof of their driving records to a third party and will need to obtain a special code from online to allow sharing of data.

A new scheme in London will be introduced later this year on 1 September that ensures all lorries and construction vehicles over 3.5 tonnes are fitted with basic safety equipment.

The Safer Lorry Scheme, which will be enforced by the Metropolitan Police, City of London Police and the Driver Vehicle Standards Agency, will aim to tackle the number of fatal collisions involving cyclists and pedestrians. The scheme will run 24 hours a day across the city and any drivers found in charge of a non-compliant vehicle may be issued with a £50 penalty notice and a potential £1000 fine at the Magistrates Court.

Upcoming changes to driving laws will also see smoking in cars carrying children under the age of 18 becoming illegal from 1 October. Potential fines and penalties are expected to be announced closer to the time.

The new rules will come into force on 1 October 2015 and people failing to comply could face a £50 fixed penalty notice.

Three million children are exposed to secondhand smoke in cars, putting their health at risk. We know that many of them feel embarrassed or frightened to ask adults to stop smoking which is why the regulations are an important step in protecting children from the harms of secondhand smoke.

The regulations will become part of the existing smokefree laws and would make it an offence to smoke or to fail to prevent smoking in a private vehicle with someone under the age of 18 present. The regulations do not apply to a driver on their own in a car.

Sarah Sillars, IAM chief executive officer said: “This year has seen some of the biggest changes in motoring procedures we have ever seen. It is very important drivers and riders are fully up-to-date on what is happening – they will affect everyone in one way or another. So don’t get caught out, get informed.”