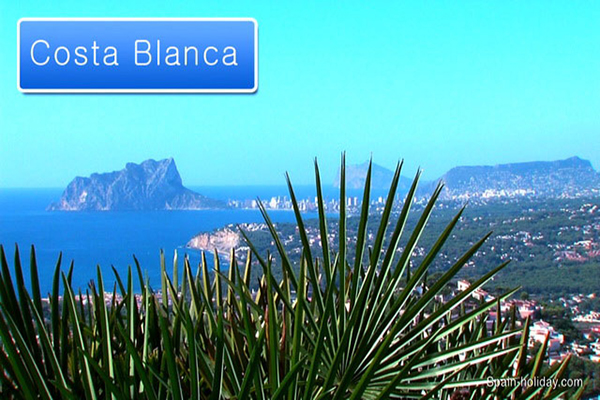 5 AMAZING PLACES TO VISIT ON THE COSTA BLANCA

The Costa Blanca, the jewel in the crown of Eastern Spain, is extremely popular with the British, in fact a staggering 2 million people from the UK visit the area every year, most of whom head to the areas most popular “magnet” for British holiday makers, Benidorm.

….but to suggest that there is far more to this part of Spain than just Benidorm, would be somewhat of an under statement. However the city of Benidorm is still well worth a visit, although those wanting a quiet, relaxed and cultured holiday, may be disappointed as this is well known across Spain as “party central”! 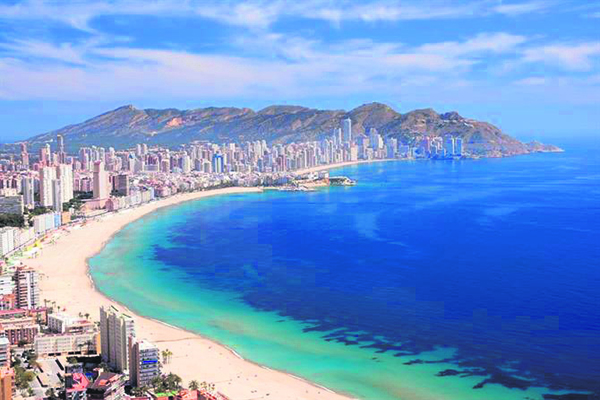 Discover the real Spain on the Costa Blanca

For those wanting a slice of the “real” Spain, being based in the city for a holiday need not be a nightmare, and due to the sheer availability of accommodation here, there are many bargain breaks to be had.

Not only that, with the glut of car rental companies in the city wanting the tourist Euro, why not hire a car, get a map and go an explore some different places around the Costa Blanca, to make your holiday an unforgettable one.

As the city is served by a fast (toll) motorway (AP-7) this gives quick and easy access, on congestion free roads, to a multitude of towns, villages, monuments, and places of special interest, all waiting to be discovered.

Not just a popular Beatles song, but a concept that is emerging amongst British holidaymakers. It is now so easy to take advantage of cheap flights from the UK (to either Valencia or Alicante airports), cheap hotels or budget villa rentals in Benidorm and head further out to explore this amazing area.

There are various places along the Costa Blanca to whet anyone’s appetite for virtually anything so here is a selected list of five places you really must see.

Things to see outside of Benidorm

If you are staying in the city during your trip, or not, it is well worth a good look around Benidorm at the sights, smells and sounds of a fascinating, awe inspiring and very quirky place, so much loved by the hordes of British tourists who come here each year, especially fans of the TV show “Benidorm”.

Here is Mateo’s bar, which is at the Sol Pelicanos hotel, near to Levante beach.

The city is by far the premier destination along this section of coast and boast the highest hotel in Europe (the gran hotel Bali) and also has the largest concentration of skyscrapers in Europe. Not satisfied with that accolade, Benidorm also has the largest concentration of skyscrapers per square metre outside of New York, which adds to the feel of a very cosmopolitan city.

Venture out of Benidorm and discover another world

A short drive from Benidorm is the natural park of Serra Gelada (ice mountain) which is a rugged area on the coast, which rises more than 300 metres over Benidorm, Alfàs del Pì and Altea. This is an amazing place for many reasons: Tranquillity, nature, fresh air and the most amazing view that could be had anywhere in the whole of eastern Spain. 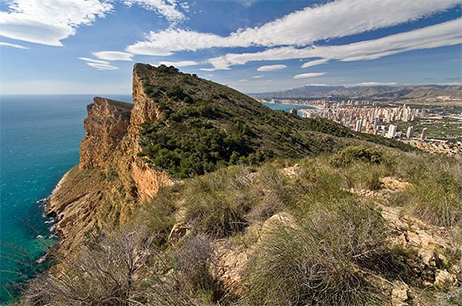 The mountain can be climbed on foot and takes around 2 hours but it is for very fit people!

The more “Normal” of us can take various journeys up the mountain by various means, and there is a even a service where a 4X4 Jeep takes visitors to the top and then they cycle back down, which has to be said, does not involve a great deal of pedal power!

No, not take them to a dungeon and leave them for the duration, however tempting, but a reference to the areas theme parks which are quite amazing, as good as anything you will find in the USA, and they cater for most tastes, although the thrill seekers get the golden egg on this occasion.

The main theme parks in the area are Terra Mitica, a sort of “around the world” themed park, Aqualandia, a crazy water slide themed park, Mundomar (which is basically a small version of Sea World), and Terra Natura, a wildlife themed park, all of which have been seen at some point in the Benidorm TV show.

Calpe is a delightful seaside town which is dominated by a large rocky outcrop called the “penon de lfach” and is often likened to the rock of Gibraltar, although smaller in size. 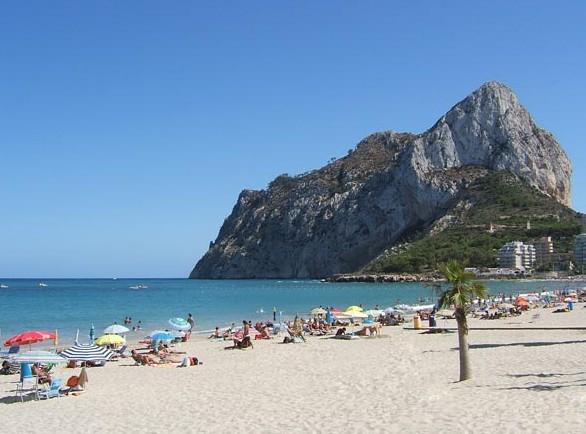 The town is full of sleepy side streets, lazy tapas bars and 2 lovely churches which are well worth a visit for some quiet contemplation, or even just to escape the scorching summer sun! These lovely old Spanish churches are worth a visit and are quite close to each other too. They are the Iglesia Antigua and the Iglesia de la Senora de las Nieves.

A visit to Calpe, a small, beautiful, quaint and traditional place steeped in History will be very much a highlight on anyone’s holiday and visitors come back time and time again to soak up the real atmosphere.

If car hire and driving is not a problem whilst on holiday here, then venturing a bit further afield, the regional capital city of Valencia is about an hour and 40 minutes drive north from Benidorm and is a must see. There are many attractions too, and something for all the family, such as the quite astounding city of arts and sciences which encompasses a museum, opera house, 3d cinema and a massive aquarium.

Lastly, a visit to the Costa Blanca could not really be marked as complete without a visit to the unspoilt beauty spot of the waterfalls of Algar, 10km from Albir and situated near the small inland town of Callosa d’en Sarria. 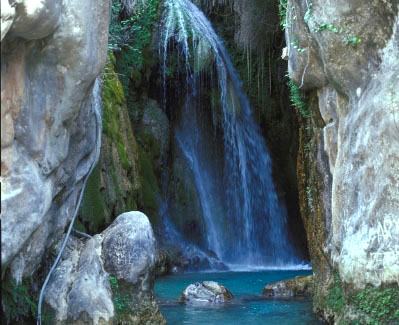 The weather during the summer time around the Costa Blanca can be quite a shock for many people and to escape the heat, there is nothing better than to swim in the crystal clear waters of the algar, which whatever the weather, always stays very cool and is a great way to recharge the batteries whilst on holiday.

The site includes a refreshments area, toilets, a picnic area and a small camp site.

A family holiday to the Costa Blanca does not need to be just sun, sea and sand. There is so much to do and see, and the list above is a tiny fraction of the things to do and places to go whilst visiting eastern Spain.