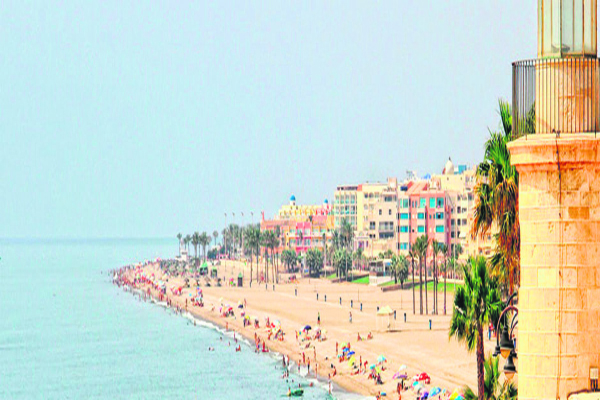 The municipality of Roquetas de Mar has a surface of sixty square kilometers and it is situated in the southern part of the Almeria province on the western side of Almeria bay. On October 30, 2006, the municipality had an official population of 73.500 inhabitants, although the actual population exceeds 85.000 inhabitants. If a distribution by gender is made, we can see that 52.47% of the inhabitants are male and 47.53% female.

The demographic growth recorded during the last years is significant, as the number of inhabitants grew from 28.190 in 1990 to the current number of 73.500 inhabitants. But this phenomenon cannot be explained only by the own dynamics of the population, it is also due to two other factors: economy and the intense flow of people that came from other countries during the past years. In 1995, the aliens population resident in the municipality was of 2.117 inhabitants, reaching the number of 20.000 inhabitants by the end of 2005, besides the Roquetas de Mar residents, that are not registered in the municipality census. Within the municipality, the towns with the highest numbers of immigrants are Roquetas de Mar and Aguadulce.

The municipality of Roquetas de Mar is currently one of the main settlement areas of the immigrant population in Spain and Andalusia, with a percentage higher than 25% of the resident reviewed population (20.495 inhabitants on October 30, 2006) and a continuous systematic inclusion of the aliens population which renews on a periodic basis. In addition to these data, after the regulation process in 2005 another 8.500 legal residents arrived in the municipality who, very soon, will be able to reunify their families, as more than 2.500 aliens non-EU inhabitants have done during the past five years. This evolution generated, within the public municipal services for aliens, a parallel services growth, highlighting the Municipal Office for Immigration that dealt with more than 19.000 beneficiaries since 2002 with more than 100.000 requests, furthermore, between 2001-2005, 26% of the positions of the Community Social Service were occupied by aliens inhabitants and also 60% of the interventions of the family treatment team between 2004-2005, together with 15% individuals who benefited of the services of the Office for Women Counseling and 32% in case of the Municipal Occupation Office.