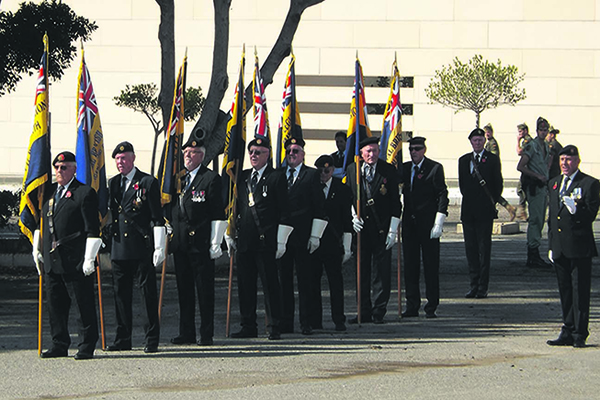 150 members from several Branches within District North Spain were able to accept the invitation to participate in the joint Parade and Remembrance Service to honour the fallen of both nations and to cement a relationship between an active Spanish Brigade and The Royal British Legion.

On the parade itself the Spanish Legion was represented by the war Band, the Music Unit, a sappers Squad and an Honour Guard comprising the Colonel of the Third Legion regiment, the Colonel of the Base Support Unit, all the Lt. Colonels commanding Legion units and their subordinate Officers and NCO’s. 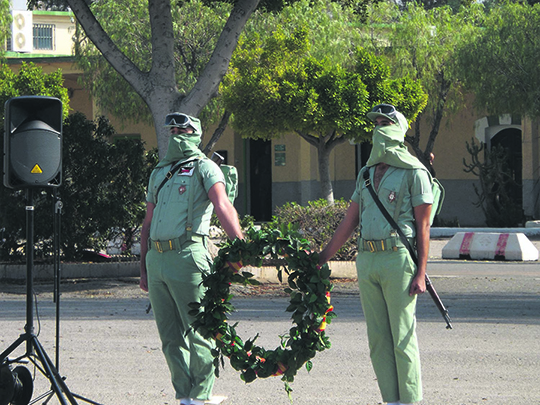 Having taken their places on the parade square they were joined by the RBL Standard Bearers who marched on carrying their Standards under the direction of the Parade Marshal Neil Pavitt. 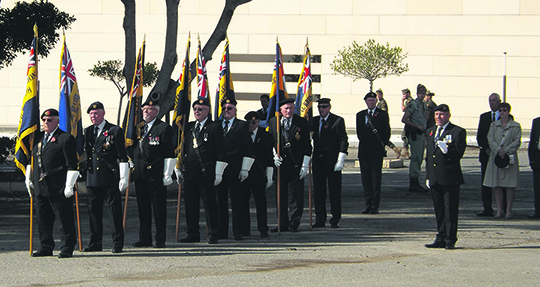 Following the National Anthems of both nations, the Last Post and Reveille the General and the RBL Chairman each laid a wreath as they both paid tribute to the fallen.

After the Ceremony a visit was made to the Legion Museum which Members found interesting and during the luncheon in the Officer’s Mess a presentation was made to the General. The Protocol Officer Major Alfonso Pedro Ruiz de Ona and many of the other Officers who had been involved in the Ceremony mingled with the guests.

It was a very poignant and memorable occasion.