Secret codes and special warning lights, gun salutes and plans honed since the 1960s are all in place for the Queen’s death.
The day that the Queen dies will see a nation in mourning.

But the plan for what will happen afterwards has already been meticulously laid out.

In fact, there is a code word that will be used to deliver the sad and tragic news to the upper echelons of the Government that will signify her passing and the starting of what happens next – ‘London Bridge is down.’

According to the Guardian the Prime Minister of the time will be woken if they are asleep, and will be told by civil servants: “London Bridge is down.”

This message will signify to the PM that Queen Elizabeth II has passed away, kicking off a highly-organised series of events that will eventually lead up to the monarch’s funeral.
The public will find out in a newsflash after newspapers and television and radio stations have been told.

At Buckingham Palace a footman will pin a black-edged notice to the gates and the palace website will be transformed into a sombre, single page, showing the same text. 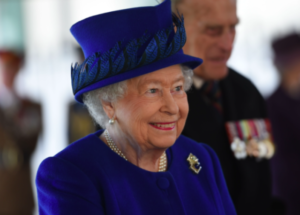