Daimler AG said it will recall one million newer-model Mercedes-Benz vehicles worldwide due to the risk of fire, after 51 fires were reported.

The German company said no injuries or deaths were reported relating to the vehicles that it will begin recalling in the U.S. market in July when parts become available.

A fix has been implemented in the production of new vehicles and vehicles on dealers lots will be fixed before they are sold, the company said. The issue relates to a potentially faulty fuse.

“Any affected vehicles in inventory will not be sold until they can be outfitted with the additional fuse,” said a Mercedes-Benz spokesman.

Of the million vehicles to be recalled, 307,629 are in the United States, which is 40,000 units less than Mercedes-Benz reported to U.S. regulators.

The company did not immediately have a breakdown of where vehicles will be recalled outside of the United States.

The United States is among the three biggest markets for Mercedes-Benz, the others being China and Germany.

Of the 51 fires, 30 were reported in the U.S. market, a Mercedes-Benz U.S. spokesman said.

The recall affects newer models, including those from the 2017 model year.

Mercedes-Benz and Daimler said it would begin to notify its U.S. customers late in March. It didn’t say when owners in other markets would be notified. 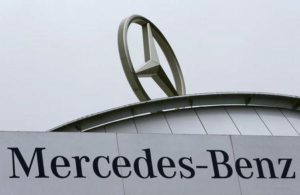