Energy giant Repsol on Thursday said the company and its U.S. partner Armstrong Energy have made “the biggest conventional onshore discovery of hydrocarbons in the U.S. in the last 30 years”.

Repsol made the announcement in a filing to the National Commission of Market Values (CNMV) the agency in charge of overseeing the Spanish stock market.

The wells “extend by 20 miles (32km) a play already uncovered in previous campaigns in an area known as Pikka”, according to it.

The discovery was made by drilling carried out over the current winter, and the company says that it expects its first production “from 2021, with a potential rate approaching 120,000 barrels of oil per day”, partly because “the infrastructure that already exists in Alaska allows resources to be developed with greater efficiency”.

Repsol has been actively exploring Alaska since 2008. The company and Armstrong have drilled multiple consecutive discoveries in the region. 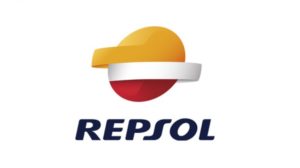