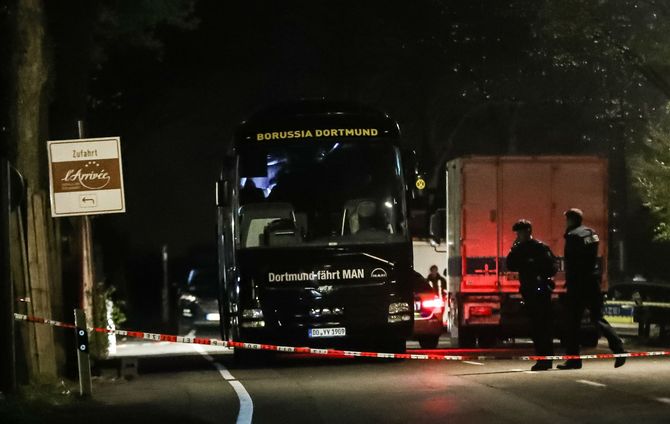 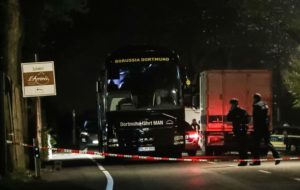 A letter found near the scene of a bomb attack on the Borussia Dortmund team bus claims responsibility for the blasts, according to prosecutors.

Police are investigating three “serious explosive devices” which went off as the players and coaching staff left a hotel ahead of a Champions League match in Germany.

“Of course our investigations have to go in all directions to begin with.”

Defender Marc Bartra, a Spain international, was taken to hospital after being injured by shattered glass from the coach’s windows.

He has had an operation for a broken bone in his hand.

Other players were unhurt, but the match against Monaco was postponed.

Club chief executive Hans-Joachim Watzke said “the team are obviously completely shocked” after what police believe was a targeted attack against the football side.

Police said they believe the devices may have been hidden in a hedge near a parking area at the L’Arrivee Hotel and Spa on the outskirts of Dortmund.

Borussia Dortmund president Reinhard Rauball said he was confident the team would rise to the occasion when they take to the field again despite the experience.