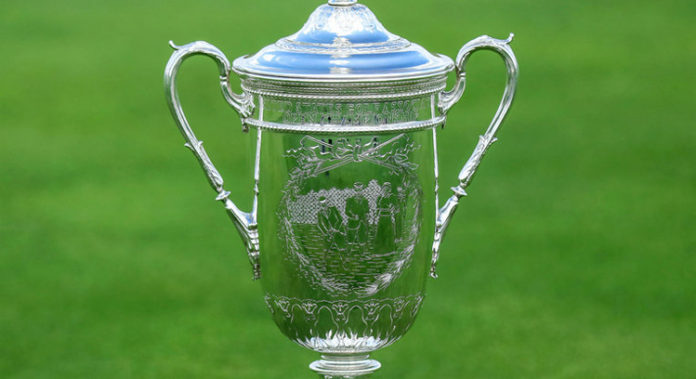 NEXT TIME you’re hacking your way around one of the local golf courses, summon the spirit of the player who not only failed to card a single par but only managed two bogeys on his way to an astonishing 127 in US Open local qualifying – finishing 55 shots over par.

On the 10th hole at Silver Lakes in Glencoe, Alabama, Clifton McDonald began badly with a double bogey seven. Things got much worse, and he was 14 over par after six holes by the time he stepped on to the 16th tee. Fourteen furious swipes later, he had completed the par five.

Most people would have walked off, throwing their clubs into the nearest water feature… but not Clifton. He carried on regardless to make what the Alabama Golf Association says is without doubt “the highest score we’ve had in any qualifying event”.

“The guy was really nice. It’s just you could tell he was in over his head. It was a beautiful sunny day, it wasn’t breezy at all. It’s just a tough golf course. The feedback we got from other players was that it was firm and fast. Honestly it’s good qualifying for the Open at Erin Hills. We got his scorecard and he confirmed what he had shot, but we didn’t speak to him for very long. You could tell he had had a long day. But it I will say one thing, the gentleman played it out.”

Lee McCoy, who finished second to take one of five qualifying spots, tweeted the scorcard, adding: “The scorecard of the guy that played in front of me at US Open qualifying today. Shot 68 on his front 9 and decided to finish #NeverGiveUp.”

McDonald was, perhaps not surprisingly, bottom of the pack in 67th.

This year’s US Open takes place between 15-18 June in Erin Hills, Wisconsin. About half of the field is made up of players who are exempt from qualifying – such as the defending champion, Dustin Johnson.

But any professional golfer, or an amateur with a handicap of 1.4 or lower, is eligible to enter local qualifying, which is played at 114 courses around the US and Canada.

Those who are successful advance to sectional qualifying, which takes place at 10 sites in the US as well as in Japan and at Walton Heath in Surrey.