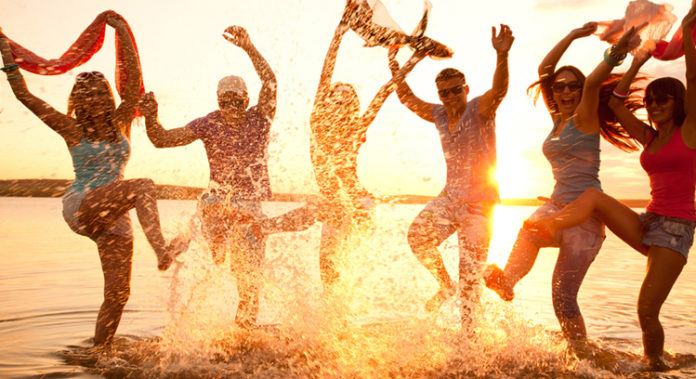 TRAVEL INSURANCE is something that should be on everyone’s holiday packing list, yet it seems that not enough people give it the priority it deserves, as research from the Association of British Travel Agents (ABTA) finds that 25% of holidaymakers travelled abroad uninsured in the last year – with the biggest culprits being the younger age group.

Unfortunately, the trend for travelling uninsured appears to be on the rise, with 22% having travelled without insurance when asked a year ago. The younger age group has seen the biggest increase in such travel, too: 40% of those aged 18-24 admitted to travelling abroad without the necessary insurance, up from 31% a year ago, making them the most likely to indulge in this kind of behaviour.

This age group has now overtaken 25-34 year-olds, with 38% of this cohort now travelling without such cover, up from 31% a year ago, when they matched their younger counterparts. Interestingly, the proportion of uninsured travellers declines as age increases, with 25% of those aged 35-45 having travelled abroad without insurance in the last 12 months (down from 26% a year ago), while just 23% of those aged 45-54 (up from 20%) and 14% of those aged 55% (unchanged from last year) admitted to doing so – it appears that wisdom really does come with age.

Many travellers dramatically underestimate the need for protection, as of those who travelled abroad without suitable insurance, 36% thought they simply didn’t need it, while 22% said it was a risk they were willing to take. But is it really? Travel insurance may seem like an unnecessary expense, but when you think about how much it could cost to replace lost luggage, reorganise a cancelled trip or pay for medical treatment on foreign soil, you’ll soon see how cost-effective it is.

The ABTA has cited several examples of people who travelled abroad without such insurance only to fall ill or be involved in an accident while they’re on holiday, and the costs their families are now having to try and cover – often through crowdfunding – which can add up to the tens and even hundreds of thousands of pounds. Why run the risk?

Susan Crown from the Travel Aware team at the Foreign and Commonwealth Office reiterates the point: “We want people to enjoy their holidays, but our research shows young people are risking thousands of pounds in medical bills by travelling without an insurance policy that covers them for everything they want to do abroad.

“The FCO cannot pay medical bills if you are hospitalised abroad, and nor can we fly you home. Take out an appropriate insurance policy and make sure you know what it covers you for. It may feel like an added expense but it’s very worthwhile if you compare it to what you could end up paying if something goes wrong on holiday”.