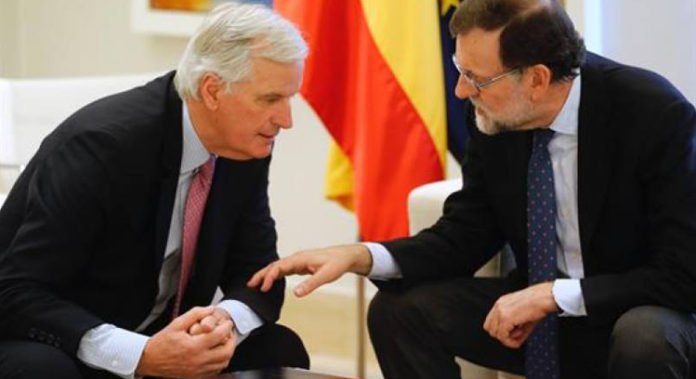 SPAIN’S PRIME Minister, Mariano Rajoy, had talks with the European Commission’s chief negotiator for the withdrawal of the United Kingdom from the European Union, the Frenchman Michel Barnier.

The meeting took place against the backdrop, on the one hand, of the extraordinary European Council of 29 April at which the guidelines were approved for negotiations with the United Kingdom and, on the other hand, the forthcoming approval by the General Affairs Council of the authorisation for the start of negotiations.

Formal negotiations are expected to begin following the UK General Election on 8 June. In preparation, Michel Barnier is carrying out a round of visits to the Member States to explain the negotiation process and take on-board their positions and interests.

During their meeting, Rajoy and Barnier agreed on the importance of the 27 Member States and EU institutions maintaining unity during the course of the process, since only through this unity will it be possible to conclude the negotiations such that beneficial results are attained for the European Union as a whole. Mr Rajoy reiterated his confidence in and support for the chief negotiator, and expressed his conformity with the approach adopted by the European Commission.

They also addressed some of the most important issues in the negotiations, such as the rights of the EU citizens in the UK and the liquidation of the United Kingdom’s financial obligations to the European Union. Rajoy insisted on the importance of reaching an agreement as soon as possible on the rights of citizens – a top priority for Spain in the negotiations – which should be as far reaching and beneficial as possible.