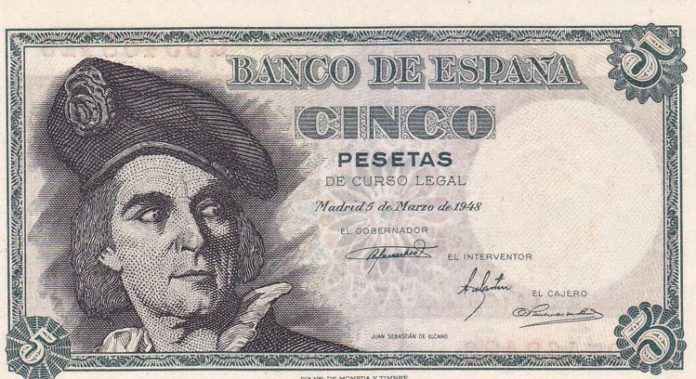 DESPITE SPAIN dealing in the Euro currency for almost 15 years, estimates suggest that there is the equivalent of over €1.5 billion in pesetas, the country’s former currency, still unaccounted for.

The Bank of Spain has estimated that somewhere, in houses, in pockets or down the back of a sofa or in the wells of car seats, there is €846 million in notes and a further €800 million in coins. To give an example of that amount, a company of the size of NH Hotels – quoted on the Madrid Stock Exchange – has a capital worth of €1.4 billion. This particular hotel group is part of the IBEX 35 which is made up of the 35 richest companies in Spain.

The Spanish government originally set a three month period for the coexistence of both currencies, from 1st January 2002 – when the euro began to circulate – until 31st March of the same year, and from then until the 30th June, established a period for the exchange of peseta banknotes and coins in bank branches. From 1st July of that year, anyone still holding any of the old national currency was required to exchange it in the Bank of Spain.

The bank estimates that 45% of the peseta coins which were in circulation before the entry into currency of the euro will never be presented at the Bank of Spain for redemption as some will remain in the hands of the Spanish as part of a collection, some will be lost or have deteriorated, and some will have left the country in the pockets of tourists.

The peseta had been in existence for 133 years when people in Spain adopted the euro for the first time on 1st January 2002. Official estimates showed the equivalent of €48bn worth of pesetas in existence. Using the original exchange rate (€1 = 166pts) of the time, that was an incredible 8 TRILLION pesetas!

The Bank of Spain will formally stop exchanging pesetas for the euro on 31st December 2020.