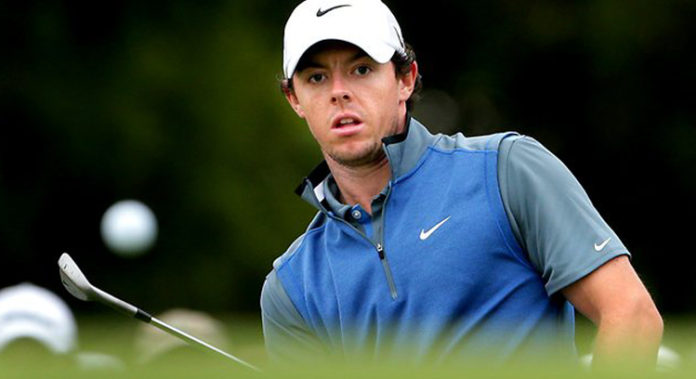 RORY MCILROY, the world Nº2, has recovered from a rib injury that has kept him out of action since the middle of May and has declared that he is fit to compete at this month’s US Open, the 28-year-old has said.

The four-times major winner has been regaining fitness at the Quinta do Lago resort in Portugal and will return to action at the year’s second major in Erin Hills, Wisconsin when the tournament begins on June 15.

“I am ready for Erin Hills and looking forward to playing there for the first time. The last few weeks have obviously been frustrating… but it was important I got back to a level of fitness where I felt like I could give myself the best possible chance at the US Open.

“As I have said many times before, majors will ultimately determine my golf career, but I have had the rest of this busy season to consider as well.”

McIlroy sustained the injury earlier this year and suffered a recurrence during the Players Championship, where he finished tied for 35th.

He subsequently withdrew from the European Tour’s PGA Championship and the Memorial tournament on the PGA Tour.

The Northern Irishman won the 2011 US Open at Bethesda, Maryland by eight strokes, and will be seeking his second title in the event.