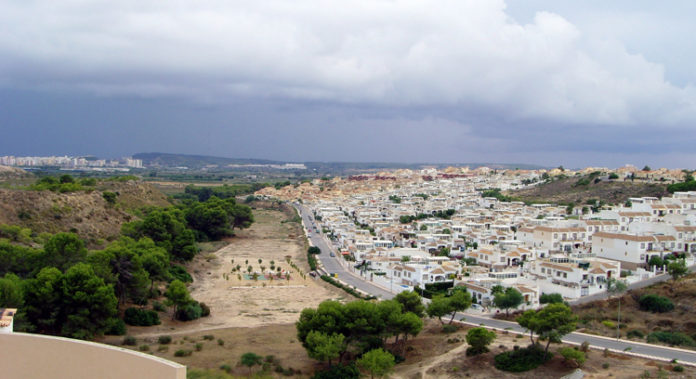 IN THE LAST week there have been two plenary council meetings. One to approve the 2017 budget and the second regarding grants.

As the President of and Councillor for the PIPN and member of the opposition for the municipality of San Fulgencio, Samantha Hull said “I think it is of vital importance that details of these meetings are made public. The PIPN team would like to express their disgust at the lack of financial support being given to the residents of the Urbanisations. The budget is neither proportional nor just.”

In the plenary meeting of Monday 29th of May, the San Fulgencio PP Council voted to cancel a grant from the 2017 Provincial Plan of 450,000€. This money was earmarked for the repair of roads on the Marina-Oasis Urbanisations.

The grant was cancelled due to the 2017 budget not having been approved earlier enough in the year.

In the same meeting, the PP council voted in favour of an application to Alicante for a 2018 grant under the same Provincial Plan for exactly the same amount of money, 450,000€. This money is for the repair of children’s playgrounds and 170,000€ of the grant is for the construction of a cover for a small football pitch in the village.

Ms Hull stated “This is not the first time urgent work such as the repair of roads on the Urbanisations has been cancelled. Day by day, the roads are deteriorating, increasing the chances of accidents, injury and death. Yet the Mayor, Carlos Ramirez, clearly thinks that putting a cover on a football pitch in the village is more important!”

On the 25th of May there was a plenary meeting to approve the 2017 budget.

Expenses total a huge 7,971,241 Euros. Major items of expenditure include a staggering 2,916,000€ allocated to salaries for civil servants, councillors and workmen and a huge 1,621,500€ to rubbish collection, parks, cleaning and maintenance.

“The Council has many statutory responsibilities,” Ms Hull argued, “but they also have a good deal of discretionary expenditure under their control, where savings could be made.”

Unfortunately these figures are not broken down further and we are seeking clarity as to exactly where this money goes and so all we can report on are headline numbers. However the disparity in figures is already quite alarming and would indicate a distinct lack of thought for the care and development of the urbanisations.

Ms Hull concluded by pointing out that, when asked, the Mayor had not adequately explained why San Fulgencio could not simply resubmit the road renovations project to the provincial government for inclusion in the 2018 Plan.