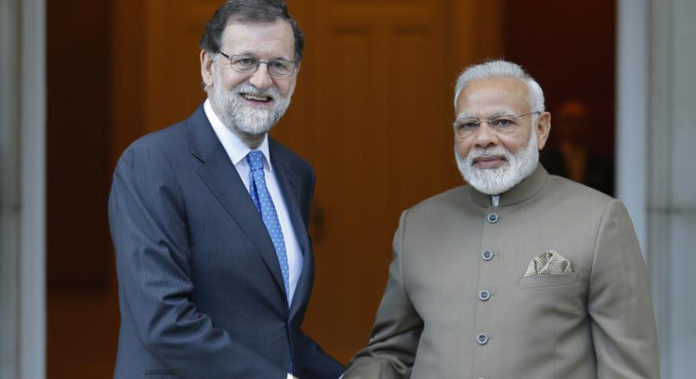 THE DIRECTOR General of the National Transplant Organisation (ONT), Beatriz Domínguez-Gil and the Indian Ambassador to Spain, Venkatesh Varma, signed a collaboration agreement on last week at the headquarters of the ONT, under which Spain will advise the Indian health authorities on the issue of donation and transplantation.

The agreement includes support to create strategies, the creation of networks for the availability of organs and tissue, transportation and transplantation, bio-monitoring and organ quality assurance, among other aspects. Spain will also train healthcare professionals as transplant coordinators.

For its part, India undertakes to set up a National Register for the donation and transplantation of organs, in line with the standards of the Global Observatory on Donation and Transplantation managed by the ONT, upon appointment by the WHO. The agreement, which includes a monitoring committee, has an initial duration of five years, which may then be extended.

Following the signing of the agreement, Beatriz Dominguez-Gil confirmed, before representatives of the Indian Embassy in Spain, the firm commitment of the ONT to “continue contributing to the international reputation of the ‘Spain Brand’ through the dissemination of the Spanish transplantation model. Sharing knowledge and experiences with other countries from what we have learnt in recent years forms part of the DNA of the ONT”, she stressed.

India, which has more than 1.3 billion inhabitants, has a great potential to develop a donation and transplantation system, based on the principles of the Spanish model, which will allow the needs of many of its patients to be dealt with. At present, it performs live donor transplants, but deceased donor transplants are almost non-existent.

At around the same time, Spanish Prime Minister Mariano Rajoy, received his Indian counterpart, Narendra Modi, at the Moncloa Palace. Having welcomed him and thanking him for making his visit to Spain, he announced the signing of a document to serve as a guide to develop “relations at a political, security, economic, scientific and technology level”.

In his speech, Mariano Rajoy praised the Indian Prime Minister for the “broad raft of economic reforms” he is pushing through in his country to ensure “good governance” and “a more developed and knowledge-based economy”.

Rajoy underlined the importance of India for Spain, as shown by the fact that it is Spain’s third largest trading partner in Asia. He also highlighted that “bilateral relations are on the rise and increasingly better”, and thus hopes that the visit by the Indian Prime Minister to this country will serve to boost this collaboration even further.

Mariano Rajoy also announced the signing of a document to serve as a guide “to develop relations at a political, security, economic, scientific and technology level”, and also reported that, during the bilateral meetings to be held other issues on the international agenda were addressed as well as purely bilateral issues.

Prime Minister Modi, as well as thanking Mariano Rajoy for his “warm welcome”, expressed his interest in tackling issues with the Government of Spain relating to the global and European situations and international terrorism.

On another note, Mr Modi claimed that the economic progress in India, “a huge country”, offers many opportunities and, to that end, invited Spanish companies to take part in the renewal and modernisation of infrastructures, sectors in which Spain is “highly competent at a global level”.