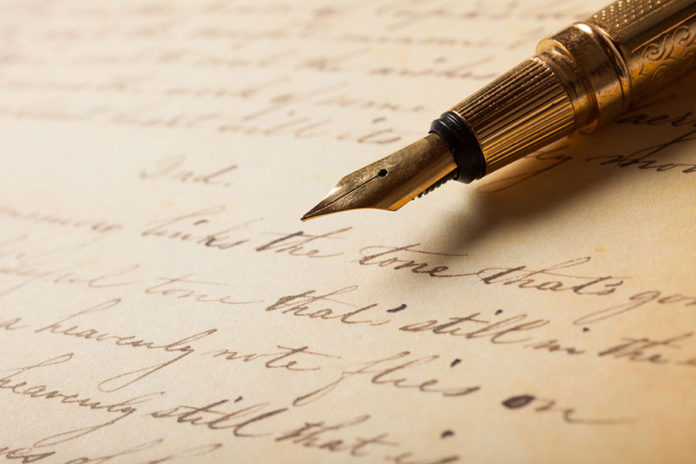 IT is said that the power of the pen is mightier than the sword and it is true.

John Barleycorn, the Jack London novel, had a remarkable effect on prohibition when between 1920 and 1933 the consumption of alcohol in the United States was illegal.

The poem, if, penned by Rudyard Kipling’s (1865 – 1936) was framed and placed in the hallways of most British homes. The war poetry of Wilfred Owen brought to the hearths of homes the horrors of what Field-Marshall Lord Allenby described as ‘a lengthy period of general insanity’.

A contender for the post powerful ballad of all time was It Was Christmas Day in the Workhouse. Penned by journalist George R. Sims and published in 1877, the monologue sold over 100,000 copies within 12 months.

A critique of the dreadful conditions endured by the poor condemned to servitude in the workhouses of Britain and Ireland, it brought into stark relief a misery equalled only by the Soviet Gulag system.

With its 21 x 8 line verses the monologue is far too big to be printed here. It is easy enough to Google but I warn you to have a box of Kleenex to hand.

Sims, a campaigning journalist of the old school, focused on the dirt poor lives of East Londoners. No doubt, he inspired Jack London as the American novelist followed up with The People of the Abyss.

Great Britain at the time commanded an Empire unequalled since that of the Roman Empire. But, the peoples of its towns and cities were prematurely reaped by poverty, disease and death.

When Jack London visited London in 1902, nine-years before my mother was born, the shock of the experience never left him. His friend, Upton Sinclair, reported that for years afterwards, the recollections of this stunted and deprived population haunted him beyond all peace.’

London declared, “No other book of mine took so much of my young heart and tears as that study of the economic degradation of the poor.”

Every stanza of Sims monologue brings a tear as does this heartbreaker:

“I came to the parish craving

Bread for a starving wife,

Bread for the woman who loved me

Through fifty years of life,

And what do you think they told me,

That ‘the House’ was open to us,

But they wouldn’t give out relief.

Could your book change history as others have done?