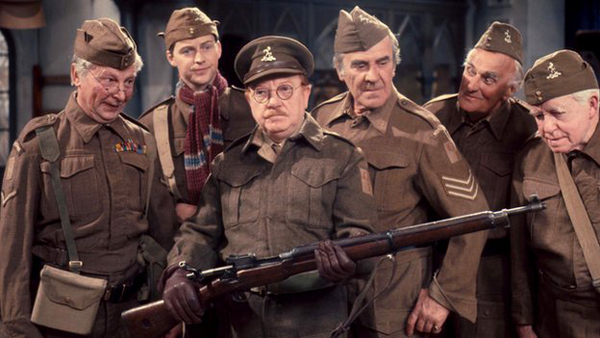 Bill Nighy, Sir Michael Gambon, Toby Jones and Sir Tom Courtenay are among the stars who will appear in a big-screen remake of classic sitcom Dad’s Army.

Jones will star as Captain Mainwaring, Nighy will appear as Sergeant Wilson and Courtenay will play Corporal Jones.

Gambon will fill the role of Private Godfrey and there will also be roles for Catherine Zeta Jones, Sarah Lancashire and Mark Gatiss.

It ran for nine series from 1968 to 1977 and is regarded as one of Britain’s greatest TV comedies.

The story will see Zeta Jones play a glamorous journalist sent to report on the Walmington-on-Sea Home Guard before MI5 discovers that there is a German spy in the fictional British town.

The film will be directed by Oliver Parker, who made Johnny English Reborn, St Trinian’s and Othello starring Sir Kenneth Branagh.

The script will be written by Hamish McColl, who wrote Johnny English Reborn and Mr Bean’s Holiday.

The film, which will begin shooting this month in Yorkshire, has been supported by Screen Yorkshire’s Yorkshire Content Fund.