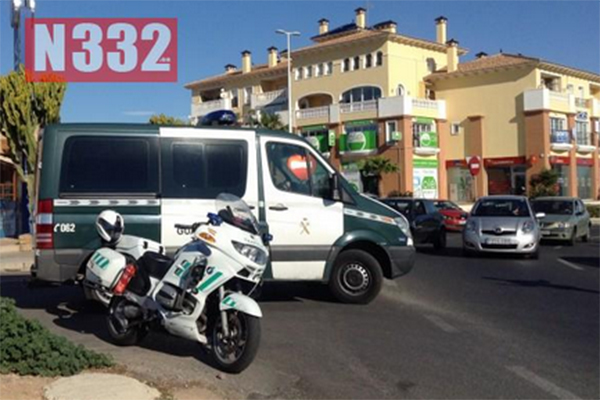 Today, Monday sees the start of the latest week-long campaign to try to make the roads of Spain a little safer, with the DGT turning the attention to traffic police to one of the most dangerous elements of road safety, excessive speed.

The campaign will run from Monday 13th, through to Sunday 19th of April with Guardia Civil traffic patrols focusing their attention to those who break the law on conventional main roads, the location of the majority of fatal crashes where speed is a contributing factor.

Recent data reveals that inappropriate speed was present in 22% of fatal accidents and that speed is one of the main factors that results in accidents with the worst consequences. One in four deaths in road based incidents can be attributed to being speed related with speeding causing nearly 500 deaths a year, and 70% of all injuries occurring on conventional roads.

All Pegasus equipped helicopters are likely to be taking to the air, and mobile radar traps will be located in strategic locations around the country.

During the week-long clamp that ran at around the same time last year, the traffic police checked nearly a million vehicles, half of which were on conventional roads, and reported a staggering 30,000 drivers for breaking the speed limit.

During the campaign, five drivers were reported for committing a crime against road safety when driving at a higher speed of eighty kilometres per hour above the permitted limit on this road. One driver was clocked at 237 kilometres per hour and under the influence of alcohol. These drivers could face prison for up to 6 months, or community service, as well as a hefty fine and a ban.