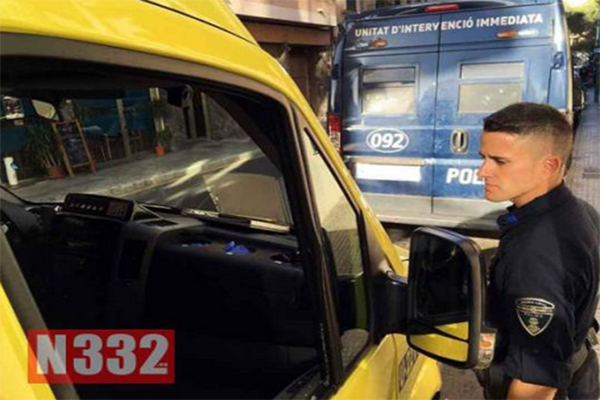 Opportunistic thieves are everywhere and they will target any vehicle where valuables are on show.

That was the stark reality discovered by an ambulance crew in Palma de Mallorca this week, when they returned to their vehicle to find the window smashed and their belongings stolen in broad daylight.

The ambulance was parked in the street whilst the crew were enjoying their lunch, but they had left a number of items on show, including both a laptop and a tablet computer.

The local police attended and have called on their colleagues in the National Police to assist in trying to obtain forensic evidence, but with the absence of witnesses or CCTV, and with fingerprints unlikely, it is doubtful that it will result in any arrests. The only hope might be if the stolen items are sold on and the police manage to trace them back to the thieves.

The thieves did not target any medical equipment or drugs, only the personal items left on show, although their actions rendered the ambulance unusable whilst evidence was gathered and repairs were carried out, leaving a shortage in medical cover for the duration for an already stretched emergency service.

The incident does serve as a reminder to all of us never to leave valuables on show, as thieves operate everywhere where opportunity exists, irrespective of morals or trust.